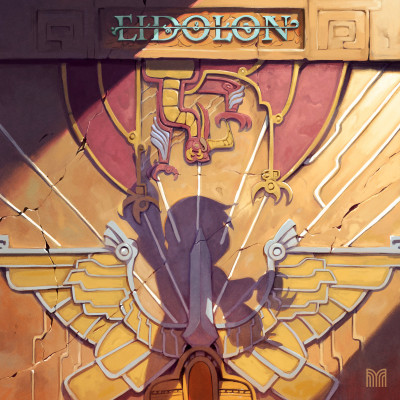 Nobuo Uemastu, often dubbed the Beethoven of video game music, is probably best known for his work on the much loved Final Fantasy series of games. Since 1987, he has composed the soundtracks to nearly all the games in this series and has cemented himself as a veritable legend in his field. It’s safe to say then, with such an impressive track record, that Uemastu has gone on to inspire countless others to create or compose, whether that be for video games or otherwise.

Seattle based record label/publisher Materia Collective (MC), definitely falls into this demographic. MC seeks to connect musicians and composers around the world with one common love, video games and their soundtracks. Through this aim, MC has helped to realise many original soundtracks and tribute albums alike. Their most recent tribute album, EIDOLON, is a 63 track epic dedicated to Uemastu’s work on the much loved Final Fantasy IX.

As each track is performed by a different artist, or combination of artists, it really is a throw of the dice as to what genre you’ll be presented with. Everything from classical, power metal and even barbershop is present here. Most are loving recreations of Uemastu’s original score, all of which vary in scope from full size orchestras, to scaled down recreations of these iconic tracks. ‘Dance of the Black Mage (Vivi’s Theme)’ brings the musical lens from Uemastu’s dense MIDI-chestra to a far more modest two person affair. ‘Steiner’s Theme’ is another great example of translating a piece to a completely different style, but still having it’s character at the forefront.

The most ambitious of these is probably the last four tracks of this collection. Jeff Swingle and John Robert Matz front a completely reimagining of the in-game play, ‘I Want to Be Your Canary’, with each track acting as a scene. This is complete with voice acting, which isn’t present in the original game, and operatic renditions of the in-game script.

Though a possible hard recommendation for those not a fan of the game, the level of dedication and passion shown on EIDOLON is staggering. It attests to the potential massive impact games like Final Fantasy IX can have on people. Even if not all contributors are mentioned in this review, all involved should be proud on realising this massive undertaking, and executing it in such a glorious manner. You’ve all earned a level up.