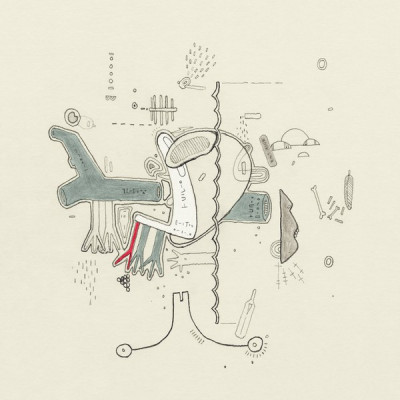 This was initially a very difficult record to approach, let alone listen to. A sense of loss still surrounds Frightened Rabbit’s body of work, and probably (certainly for me) The Midnight Organ Fight in particular. Scott should still be here. With that said, it’s testament to the enduring, euphoric power of this album’s songs that Tiny Changes is presented as a celebration rather than a tribute. Deeper reading (thanks to a hugely emotional accompanying booklet) reveals this to have been a project long in the making, and something which Scott Hutchison was instrumental in creating and assembling.

Of course it starts off as it should. Following the original track listing in order, ‘The Modern Leper’ finds Biffy Clyro tearing into the song with righteous gusto, blowing away any thought of maudlin reflection and instilling the same sense of joy and community the original brought in its emotionally bruising and lost soul-gathering manner.

After that, go where you want. Seek out old favourites if you wish ‘Keep Yourself Warm’ was a go-to for me, nervous to hear what had become of someone else’s interpretation and delighted by Death Cab for Cuties’ Benjamin Gibbard’s gentle, hymnal rendition, a version of ‘Good Arms vs Bad Arms’ from Fiskur that subtly amplifies both the song and intent behind it, and a joyous ‘The Twist’ from Canada’s Wintersleep, something which brought an additional tear to my eye from a memory associated with an old friend who absolutely loved that band.

Everywhere else is akin to running into old friends you didn’t realise you loved and missed; Josh Ritter’s Americana-drenched ‘Old Old Fashioned’ sounds exactly as it should, ‘My Backwards Walk’ sees US comedian Sarah Silverman team up with Katie Harkin for a sparse and sad retelling of a relationship’s end days, and Daughter’s ‘Poke’ sounds as hurt and isolated as it always felt, with Elena Tonra’s crystalline “Or should we kick its cunt in / and watch as it dies bleeding” eliciting both a quiet smile and pained heart. Then again, in picking out these individual tracks in order to refresh myself while writing, I ended up having to put the whole sodding album on again as there’s nothing here I want to miss.

One of the many sweet things about this compilation is that not only is this a full runthrough of the entire record, there were enough willing participants left over for a side of three already featured tracks. This tells you all you need to know about this project, this band and these bloody songs. It’s OK to feel loss, anguish and love here, because that’s what everyone else is doing. The aforementioned booklet, where each featured artist in turn has a handwritten say, is stunning and cathartic thanks to everyone’s candour, humour and love.

Chances are (especially if you’ve read this far down) you already have this, as it’s taken me so long to sit here and piece this together that it’s been out for a while. If so, I hope you love it as much as I did and that these interpretations add a whole new world to Frightened Rabbit’s original.  If you’ve never heard the original, this is as good a place as any to start your journey. Tiny Changes doesn’t soften the brutality of – to quote Grant Hutchison – “the depiction of fucking and fucking up” and it doesn’t soften the blow of Scott’s departure. It makes us feel less alone on our own failures and shortcomings and lets us know that something beautiful can come from it all.