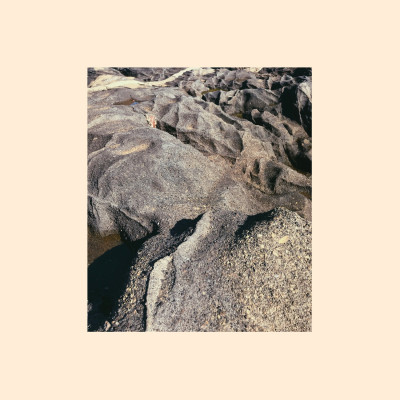 Off the back of last year’s divine Homes, Shida Shahabi has seized time as if it is a tangible commodity and forged this short but affectingly delicate EP with the help of cellist Linnea Olsson and engineer Hampus Norén.

Whilst she may share certain sonic similarities with fellow musicians on labels such as 130701, Fat Cat, and Erased Tapes, Shahabi has a unique gift for imbuing her piano-led pieces with a richness of imagery and sense of emotional clout that sets her apart from other monochromatic-key-botherers. Each track on Shifts seems to bristle with a life of its own. From the fleet-footed, choreographed dance of ‘Janvie’ to the aptly entitled ‘Sea Ear’ with its wave-like ripples, there is an entrenched image that becomes slowly revealed as we continue down the musical timeline.

The last track on this EP – ‘Keiki’ – almost feels like it is being performed for a lonely carpenter, an audience of just one. As Mark Z. Danielewski wrote in House of Leaves: “The greatest love letters are always encoded for the one and not the many”. Firm chords are wrought out from the piano alongside clattered wooden accompaniments. This is just a few strokes away from including the sound of a sliced plane or the bending of a saw. It never lurches into the twee realm of folk, however, retaining in its lilt of ivory and hammered strings, the pitter-patter of rain-drizzled windows.

Then there’s the aforementioned ‘Sea Ear’ with its notes stretching out towards the horizon. Undulating gently up and down. Small crests appear. This one has a deep and ominous undercurrent lurking way beneath, the strings tethered to a solemn darkness. Piano arriving in rhythmic turns, providing a wash of activity. The sounds suck out into near-nothingness before surging back in, puffing up like a proud chest.

‘All In Circles’ operates with a similar implication of solemnity. This time round the cello leads the way whilst the piano alternates between sorrowful strings of notes that pitch fade down as if there’s a dip in power. Breath pulses and a long drawn drone fills the space with a sense of certainty, a resignedness that typically follows irreversible news. For ‘Janvie’ we enter the world of mid-20th century Disney. It’s the sound of a springtime courting dance with performers bursting into action. Their careful steps sweeping up into a flurry before unveiling the denouement via a slow melodic flourish.

But it is on the opener, ‘Futō’, that we’re treated to the intrinsic narrative that seems to bind this all together. We’re thrown into a world of disjointed memories. Loose knick-knacks. Forgotten marbles. Pieces of snapped plastic. The various tchotchke we find inhabiting the deep corners of gloomy desk drawers. This is an elegy for them, one and all before they are inevitably disposed of once discovered. Strings scythe through the memories attached to each of these objects that clunk and rattle alongside wearisome piano keys. Half a broken rubber previously owned by a school crush whose name you can no longer recall. The sharpened piece of TV remote control shell that burst from its casing on impact with a wall. Marbles passed down from relatives no longer among us. It’s in this world of uncovered recollections that Shahabi’s music most strongly resonates. She takes us on a time-travelling journey through pasts that we didn’t even know were recoverable and she does it all without a DeLorean anywhere in sight.