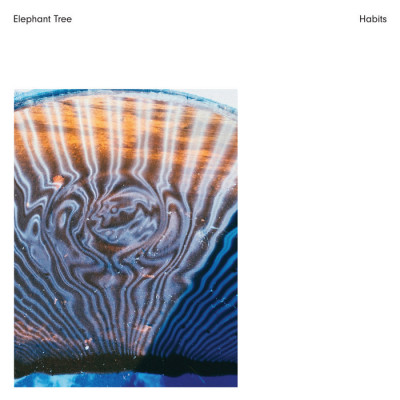 I’ll be honest with you. I have listened to little else but this album since the end of February. Yes, since those halcyon late-winter days, circumstances have been a little odd, to use a little understatement, but still. I would wager that even without the advent of a global pandemic, I would still be shouting to anyone who will listen that Habits is a contender for album of the year.

Before we delve into why exactly I stand by this statement, it is worth getting a few housekeeping matters out of the way. Firstly, this has been billed as a ‘doom’ or ‘stoner’ record, as Elephant Tree‘s self-titled debut on Magnetic Eye Records was extremely heavy, if also backed up by melody and a hefty dose of blues. But the tag will of course turn a whole lot of people off because it may be a bit y’know, stonery or doomy. Secondly, it is the band’s first effort on Holy Roar, which has a reputation for rowdy songs. Noisy rackets that younger siblings annoy their elder family members with.

Well. Consider this album a gateway album into all of the above. Because I defy anyone who likes music not to like these tunes. The combination of melody, heaviosity and psychedelia may have been tried before (ha! Once or twice…) but seldom has it been done to such effect that it sounds so fresh and uplifting.

‘Sails’, the first proper song – the intro, ‘Wake.Repeat’, is a kind of Dark Side of the Moon-style heartbeat – has a chorus to open your heart wide, while ‘Faceless’, which follows, has a lovely melodic line which is nigh-on impossible to get out of your head. Then there is ‘Bird’, which soars as high as its name suggests. Trust me: it will go straight on the arms-outstretched-on-the-top of-a-hill playlist.

The guitar tones may be fluffy and deep as a luxury beanbag. And the bass may be rich and bendy, driven by large and looming drums and bolstered by occasional keyboards. Together, they conjure riffs to die for. But above the wall of sound are harmonised vocals which are tuneful and fragile, in a good way – like those late 1960s heart-throbs who seemed determined to sing their way through the encroaching psychedelia.

And to complete the package, the songs are so well put together. Their first album was very good, make no mistake, but the songwriting here is light years ahead of what they have produced previously. You get the feeling that if Elephant Tree hadn’t fallen down the stoner rabbit-hole, then their melodies would be bringing joy to pop fans. Seriously.

Take ‘Exit the Soul’ as an example. It is not as immediately catchy as the aforementioned tunes, but it has a swaying, soothing riff which is the epitome of a Big Friendly Giant. It will startle you as it lumbers into your ears, but once it is there and has made itself comfortable, it is clear that it means no harm – even when it breaks down into a snail’s pace. And if that number is not enough to convince you that these guys know how to write a tune, the acoustic song, ‘The Fall Chorus’ will do. It is a gorgeous song, with a cool, melancholic folky coda involving a violin. It transports you to a mythical land of patchouli and velvet, long hair and mild hallucinogens.

The album finishes off with the two heaviest of the eight songs. ‘Wasted’ delves deep into the recesses of psychedelia, with extended solos, filtered vocals and lyrics like this: “I am wasting my time, trying to find a reason to rhyme, a reason why strange things are happening in my mind.” It is an enormous song and showcases everything that is amazing about this album: not only the tone and melody, but also the effortless way in which it is both weighty and uplifting.

‘Broken Nails’, meanwhile, is mostly instrumental and very, very dark. It is a good counter to the melody enjoyed elsewhere, as it is all about the riffs. And spookiness. But don’t let it scare you. Just go back to the beginning and envelope yourself in the album again. Trust me, you will want to do that over and over again.