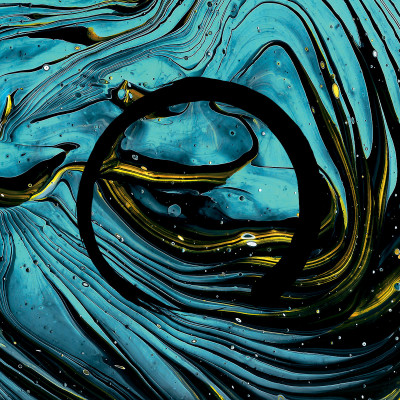 You and I by O'Brother

Normally when I write about an album, I like to break it down track by track. I like to see how all tracks are different and how they are all connected. And then I listen to everything over and over again, in different moods, in different places, in different systems. This allows me to properly soak in all the details. I feel that, in this case, no matter what I do or write, I cannot do justice to the greatness of You and I.

A few days before I wrote this review, O’Brother put the album up on Bandcamp, along with vinyl pre-orders. Both pressings (of 500 copies each) sold out in little over 24 hours. This is tremendous, especially now that the band is self-releasing and we’re living these uncertain times. It shows how passionate fans of the band are and also undeniably great their music is.

Rock, Post Hardcore, Shoegaze, Trip-Hop, Post Rock… They have fans in all genres. They’re extremely hard to describe, so I’ll just advise those not familiar with the band to go ahead and put on the album and press play.

The intro ‘You and I’ and ‘Soma’ are two wonderful introductions to the band and a great opportunity to recognise Tanner Merrit as one of the best modern rock vocalists. So much tension is released during these first two songs. They are warm, fuzzy but also haunting, dark, murky and yet a bit of light finds its way in. The more traditional rock structure and catchy choruses of ‘Halogen Eye’ – which includes the participation of singer/guitarist Simon Neil of Biffy Clyro, leads us through darker, slower and hypnotic passages of ‘Slipping’, and the doomy and dark ‘Locus’.

‘Only Other’ packs copious amounts of emotions into an acoustic guitar and a vocal melody. ‘Killing Spree’ is also driven by such vocal melodies. Its dark, moody and somewhat twisted vibe somewhat resembles Massive Attack. “Drink my madness if you want to drown” has to be my favorite line on the record. ‘Black Tide’ includes your typical O’Brother heavy guitars, hypnotic melodies and perhaps could have fit on their previous release Endless Light.

The last four tracks of You and I continue painting a dark picture with the delicate and sad ‘What We’ve Lost’, with its Radiohead vibes and twisted ending; rain and thunder preceded by stripped down, somber tones and build-up on ‘Spill On The Carpet’; and finally ‘Leave Me Out’, a brilliant vocal display which is layered over an extremely dark and heavy melody before the beautiful and solemn piano and vocal outro.

One thing You and I accomplishes better than any of their previous releases is the focus on atmosphere and sparsity. Another would be the way they fine-tuned the balance of simpler structured songs where the vocal melodies lead the way with the heavier and doomier ones. They’ve expanded their sound into something more wholesome and meaningful.

I love this new direction. It takes several steps into the future. I knew O’Brother could do no wrong but this greatly exceeded my expectations. It is a beautifully haunting and dark album that perfectly suits the times we are living. “Human music” was a term I heard during Caspian’s last documentary. I think it describes O’Brother perfectly.