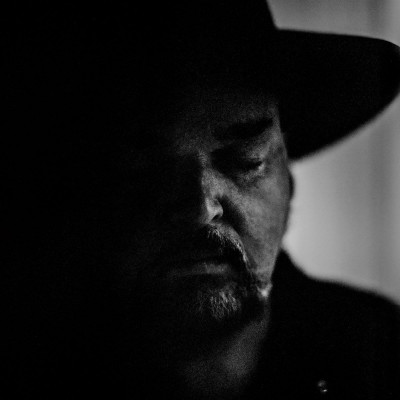 This is probably something only I do, so please humour me. When I’ve listened to something that is beyond the normal listening experience, there is no urge to jump up and put something else on or even make any exclamation about how good that just was. A really good record sits next to the silence that follows its departure, leaving the slightest ringing in the ear to remind you that, yes, that really did just happen.

Hum, the third solo album from Alain Johannes does just that, because it really is a great record. Alain is someone who seems to spend more time quietly alongside better-known people, bringing his unique senses of melody and structure over many years to artists such as Mark Lanegan, Queens of the Stone Age, Them Crooked Vultures and Chris Cornell to name but a few grateful recipients of his musical wisdom. His touch goes back farther than you’d maybe realize – prior to his partnership in the criminally-overlooked Eleven, he cut his musical teeth with Chain Reaction/Anthym/What is This, teenage bands giving the world the first look at Hilel Slovak, Flea and Alain’s constant musical companion Jack Irons.

Only bringing his name fully to the fore since the passing of his wife Natasha Shneider, Alain’s solo work to date have been a curious and cathartic coming-together of anguish and gratitude. With Hum, the balance is tipped somewhat more in favour of the latter as he follows his own path through the singular makeup of his craft whilst taking a calmer, yet no less impassioned route than before, bringing a Nick Drake-like quiet introspection to his voice and musical thoughts.

It opens and closes in territory which is familiar to fans of his older work – both ‘Mermaid’s Scream’ and ‘Finis’ follow an elegiac trail through love and loss, accompanied by haunting choral and e-bowed backing to acoustic and cigar-box guitar and the first track’s heart-rending line “In this heart you still beat…”. In between these beautiful songs lie an absolute treasure trove of styles and emotions that create a world that’s difficult to leave. As soon as the title track starts, the overwhelming feeling is that of a gentle calm, his naturally deft musicianship and whispered vocals naturally drawing his audience closer before bringing the unconfined joy of ‘Hallowed Bones’ to us.

All through Hum is a delightful streak of exploration and experimentation. ‘Nine’ (the name, the subject matter and the track number of this song) is a sequencer-fueled drone which – on first listen – brought to mind Peter Gabriel at his most 1980s leftfield. The mournful ragtime of my personal album highlight ‘Someone’ is reminiscent of John Fahey sprinkled with his own personality and devastatingly simple chorus, while ‘Sealed’ in the album’s centre takes a loose-strung acoustic and lashings of reverb to provide a sonic darkness around which the light of the rest the record settles.

It’s so easy to see why Alain is so sought-after as a producer and collaborator. He sees and hears that which others cannot, and he also has an incredible multi-instrumental skill with which to bring his visions and ideas to life. It’s also not difficult to see that, after all this time spent making his friends, collaborators and colleagues’ find their full musical potential, Hum is Alain Johannes’ own masterpiece. It’s a record which deserves to be spoken about for many years. Never has that quiet ringing in my ears sounded so wonderful.