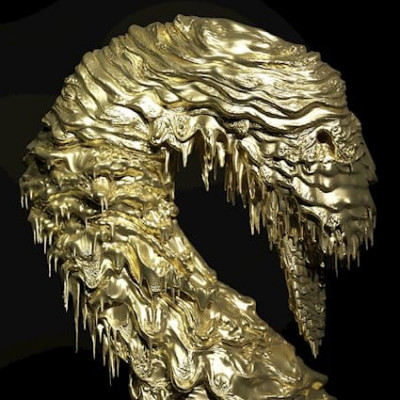 The most immediate thing you notice about Phoxjaw is that they are utterly bonkers. The Bristolian quartet clearly do not take themselves too seriously, whether it’s the chaotic kitchen-sink approach of their music, or their pissing-around-with-mates-style music videos, this is clearly a band looking to have fun with their craft. Yet, behind this anarchic sense of mischief, there is a focused anger directing proceedings. Royal Swan, their debut full length, might at first glance appear innocent mayhem, but there is a flittering undercurrent of social tension underpinning Phoxjaw’s madcap antics.

Like former touring partners Black Peaks, Phoxjaw take their punk-rock influences and evolve them, repackage them as something more suitable for the 21st Century audience. At times they sound like a clean-cut indie rock band, at other times they fully let their hardcore sensibilities loose. Vocalist Danny Garland has a unique, just slightly out of time delivery, and his West Country accent place the band firmly in the Bristol scene – yet they transcend that niche, with additions such as Tom Haskin’s saxophone and William Blair’s organ solo adding layers to the cacophonous din. The band’s ability to pivot styles in an instant is impressive – Royal Swan is a hodgepodge of sounds and influences that should not work well together, yet the band have a song-writing nous that ties their ideas together.

The first proper track on the album sets the pace very quickly. ‘Trophies In The Attic’ is distilled chaos, with a discordant central riff underpinning a song that goes from melodic post rock to hardcore extremity, and then back again. ‘Triple AAA’ and ‘Half House’ show the other side of the band – their penchant for writing earworms, as while ‘Triple AAA’ in particular is a fairly straight forward alt-rock sounding track (at least comparatively), both these tracks are some of the most infectious tracks on the album. ‘You Don’t Drink a Unicorn’s Blood’, on the other hand sees the band fully let loose, a paganistic explosion of rage. It is perhaps the heaviest moment on the album, and an early highlight.

The Brit-pop-with-menace of ‘Infinite Badness’ slows things down again, but it is around this time that Royal Swan begins to lose its way. Both ‘Teething’ and ‘An Owl Is A Cat With Wings’ pass by, barely making an impression. They aren’t bad necessarily, but compared to what has gone before they feel a little vanilla. Thankfully, the demented fairground swagger of ‘Bats For Bleeding’ gets things back on track, with guitarist Alexander Share taking over vocal duties to mix things up a bit. It is the closing title track that truly rounds out the album, however. Equal parts introspective and crushing, it is an epic diatribe against social inequality that at times edges into doom metal territory.

As Phoxjaw join the ranks of angry young bands, it is hard not to feel like there is a movement growing within the UK. The chaotic “destroy everything” tradition of punk rock is coming back stronger than ever, yet bands like Phoxjaw are injecting it with a little focus and intelligence. Royal Swan is remarkably polished for a debut album, landing just on the right side of mayhem, and sets out this Bristolian quartet as an exciting prospect over the next few years. Definitely bonkers, but that’s no bad thing.