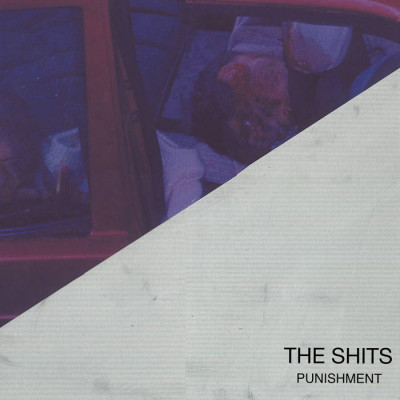 Punishment by The Shits

I first heard of The Shits whilst interviewing a brilliant underground punk band called Silk Leash for this website a few months ago, shortly after this album was offered to me by Hominid Sounds co-captain and Casual Nun guitarist Matt Ridout. To me that’s a really strong endorsement and so, I gave the album a cursory spin, clicking through in bursts of about 15 seconds at a time and decided that it was worth dragging people along for a listen. So, here it is my first time listening to Punishment by The Shits.

My first impression is that the instruments sound fucking heavy, I don’t know what the line-up is but, the bass is so fat that I wouldn’t be surprised if there was two of them. The second track ‘Witching Hour’ starting with feedback again was a bit jarring, thought it was the first song a second time and in all fairness, it sounds incredibly similar, but it’s got a really nice riff at the centre. It kind of feels like a psych/stoner-influenced take on punk revival music, I would say that I like the swagger of it and the tone, but I think the vocals are a bit too monotonous after a while, there’s a definitely room to do a lot more with them. The guy can obviously scream but, it just becomes tuned out by the instrumental because there’s no experimentation with melody, there’s some interesting backing vocals though, in fairness.

I think this kind of snarling sound against the monolithic instrumental is at times pulverising and makes for good background music, but the lack of variation makes it something that I don’t feel can fully hold my attention. This is also an issue with the screeching feedback starting multiple tracks, after a while it becomes too homogenous. I respect that it’s called ‘Punishment’ and conceptually it’s probably supposed to be something super relentless that has barely any melody and is intended to be really harsh and sludgy the whole way through. Sometimes that’s great, but the lack of diversity in the album is also the biggest flaw in it. I think realistically this is gonna be an album to spin when you’re drinking or your pissed off and you just want something that is heavy non-stop or maybe something to tune-out whilst working on stuff. I find that with heavy music when it lacks variation, I tend to zone out.

‘The Boss’ stood out as the first time I was really snared in by a chorus or a repeated phrase, so I think that is probably the best place to start here. Whilst the track after ‘Murder On My Mind’ is probably my favourite even though I think having a track with that name is gonna attract an audience of violent, sociopathic, right wing, facist douchebags. ‘Whatever’ sounds like some really good Thrash Metal but, with vocals that sound like someone having their lungs scraped out, it’s really gnarly.

There’s obviously heavier bands but, for 2020, this is a great new release, it’s not anything that really seems new to me, but for the people who are looking for heavy music, this is pretty colossal. It’s not pioneering, but it’s very well-executed and if you come to it as what it’s intended to be, which I think is supposed to be a pretty weighty ‘Punishment’ with no reprieve, then you’ll leave highly satisfied.