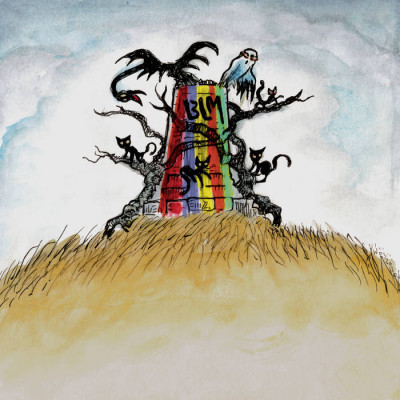 The New OK by Drive-By Truckers

Music has always been a lifeline and a source of joy in my life, so you know the world has gone to shit when you can’t even enjoy the things you love. Last year Lukas Nelson released an album with the title song Turn Off The News (Build A Garden), a sentiment that really resonated with me at the time. The world being such an unrelenting horror show meant I just wanted some escape in my music, somewhere to hide, somewhere to switch off.

On 2016’s American Band, when the Drive-By Truckers first proclaimed themselves the “dance band of the resistance” I welcomed their bolder, louder foray into world affairs (well, U.S. politics, but the same thing essentially) on a set of songs that was a career highlight. However, by the turn of this year, with things just getting worse by the day I couldn’t face their last album The Unravelling. I still have only listened to it once all the way through, a previously unthinkable state of affairs for a man who proudly has a tattoo of the bands Cooley bird logo on his arm. I’m still mad as hell, bewildered and depressed, feverishly looking for scraps of comfort, but the rare chance to get to hear an advance copy of one of my favourite acts new albums, plus review them for the first time was too much for even my poor brain to resist.

In a way, it feels like a little less pressure is on the band to deliver, and so maybe a little pressure is on us, the listener, to digest what the band have to say. We’ve already taken our rock ‘n’ roll medicine this year with The Unravelling. The New OK is a mutt, a chop-shop getaway car welded together to carry out a quick hit whilst the dough is low. A combination of remixes, new songs, leftovers and a cover version, it began life as an E.P. but kept growing as the band realised there were no tours on the horizon to distract them and chief songwriter, Patterson Hood, was hit by the muse whilst watching his adopted home city of Portland burn under Federal siege. That song, ‘Watching the Orange Clouds’ is a gentle strum with a psychedelic undertow – treated vocals, rocket glare slide guitar and woozy, childlike keys, describing the hallucinatory late night, smoke bomb cityscape Hood was seeing that night. The lyrics are no lullaby for his sleeping children though with “heads getting bashed and tear gas”. Elsewhere things are less violent, but it’s still a world of hurt.

The first thing you notice when looking at the track listing is the presence of ‘The Perilous Night’, a 2017 stand alone single, originally released on Election day, that took a very blunt swipe at Trump and all the far right forces of evil assembling under his chaotic reign.  At the time Hood said he didn’t think he’d be writing any more songs like that any time soon, but life had other plans. When first hearing it in the setting of the album I thought it just sounded more relaxed in company, but then discovered that this version is a remix. Looser and more spacious than the original it is as close as the band have ever get to sounding like their peers The Rolling Stones, with the track shrouded in the same miasma of dark funk that preserves ‘Undercover’ in greatness. The punchy, wild, bass line by Matt Patton and the vicious, slashing guitar licks by (I think) Mike Cooley are among the best the band has ever produced. Whichever version you hear, it stands up as one the finest protest songs of the millennium, and hey, they’re right – you can dance to it!

None of the other songs here sound as angry or as hard-bitten as ‘The Perilous Night’, yes, many are political but there is more sadness, a melancholy which is reflected in the grooves. The New OK is, of course, not at all OK. We are all in the middle of it, still trying to live our lives, but we can’t and won’t forget it wasn’t always this way and doesn’t have to be in the future. Sometimes you’re too tired to be angry and you just want someone to cook you breakfast.

‘Sea Island Lonely’ finds the band channeling the yearning, brittle masculinity of prime Otis Redding as Hood sends a laconic snapshot from the road, finding himself back South in a stuffy, fancy hotel. It’s the sort of tune you might find on one of his solo records, but there’s an extra layer of soul provided by gorgeous, sun-dappled keys by Jay Gonzalez and a perky horn section. The ever growing layers of strain can be heard between the lines as Hood pleads “If you see me in the morning won’t you please say something kind to me?” and “…tell me that you love me, that this life is how it’s meant to be”. Jesus, who can’t relate to that?!

Although nothing else here is quite as lovely as ‘Sea Island Lonely’ the soothing balm of Jay Gonzalez’s keys are an almost ever-present across The New OK, adding an old school R&B warmth to proceedings, however bleak the lyrics do turn. ‘Tough To Let Go’, another of Hood’s dark night of the soul musings comes over like a cross between a waltz and a death march, but as forlorn as Hood’s voice is, the background colouring by Gonzalez and that horn section elevate it our of the mire. Fantastic riff too.

Less expected than any of Hood’s bummer tunes is a cover of The Ramones ‘The KKK Took My Baby Away’- one of two numbers sung by bassist Matt Patton, the other being ‘The Unravelling’. It’s Patton’s first appearance as a vocalist on a DBT’s album and he’s a welcome addition. His voice on ‘The Unravelling’ flips between the boyish sincerity of Conor Oberst and the bubble-gum sneer of (surprise!) Joey Ramone. ‘The Unravelling’ is like the title-track-that-wasn’t for that previous album and is a raucous, punkish rocker, Patton delivering the bad news with more glee than is strictly seemly. The Ramones cover is pretty straight and closes things out in wry, playful manner, rather than leaving us with the deep sadness of ‘Watching The Orange Clouds’.

Speaking of wry and playful, what of the other Dimmer Twin, that old trickster Mike Cooley? He’s only got one song here, the typically slanted and quietly furious ‘Sarah’s Flame’. Over Brad Morgan’s very simple drum beats and Gonzalez’s tear-streaked backing Cooley maps out how Sarah Palin played and was played as the perfect soccer mommy Trojan horse for the far right to infiltrate main stream politics. As Cooley witheringly puts it “all fat Donny had to do was wear the pants”. There’s an odd, near doo-wop element to the song that almost steers it too far into novelty, but as ever the beautiful playing and Cooley’s never more on-point words save it. The guy’s just so bloody smart.

The New OK, is not neat and tidy, or definitive or entirely in its right mind – it’s a product of its times, but as such is just what we need. This band speaks for decent, downtrodden people everywhere and has a heart the size of Alabama. As to where they go next, well let’s see after November 3rd. On ‘The Perilous Night’, written back in 2017, Hood declared, “It’s not the ending, but it’s coming soon”. At the time that seemed bitterly resigned, but listening to it now, maybe, just maybe, there’s another ending.