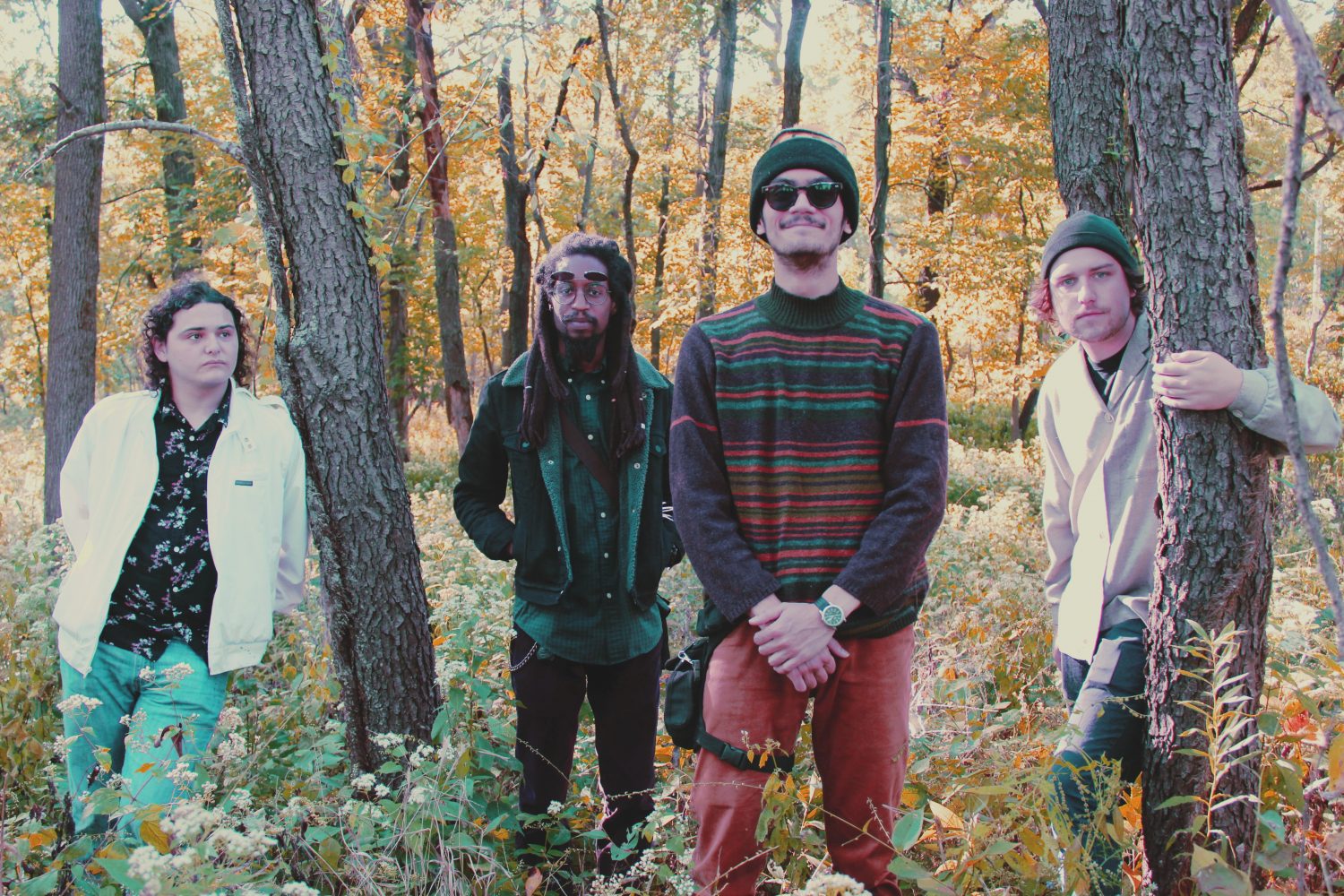 ChinaRose formed in 2016 when Stephen Rosenthal (Guitar/Vocals) and Kheri Mason (Bass) decided to start a new project while their other bandmates in Spooktacular were away at college. Soon after they recruited Ryan Rambow, who had just thrown together a basement studio, to play drums and record their first few songs. After realising the natural chemistry between them, they brought in Alex Martell (Rhythm Guitar) to fill out the band’s unique sound.

They played anywhere they could around the Chicago DIY scene, sometimes even for free, just to get out there and hone their band skills. This led into playing bars and smaller venues in Chicago, and eventually to a self-funded tour to California in 2018. Over the years, the psychedelic post-punks have stayed close to their DIY roots by recording, mixing and mastering everything themselves, and it continues with their newest release, Satori Mountain.

This album, however, didn’t come as easily as they had hoped. The initial recording started in fall of 2019, but was derailed multiple times along the way. First by a robbery, in which the laptop with demos, recording gear and many other valuables were stolen from the house some members were living at. Then, by the COVID-19 outbreak in early 2020. Luckily, the band only had a few songs left before Stay At Home orders prevented them from meeting up. The rest of the songs were recorded remotely by Stephen and Kheri at their studio in Washington Heights, while Ryan recorded drums in his bedroom, and Alex laid down his tracks in his garage.

Stephen comments: “Satori is a Buddhist word that means ‘Sudden Enlightenment’, and we all really resonated with that word after learning of it. We then tied it into the idea of this mythical mountain we mention in the song ‘New Magic II / The Difference’, and felt that it fit the theme of the whole album as well.”

Satori Mountain is released on October 2