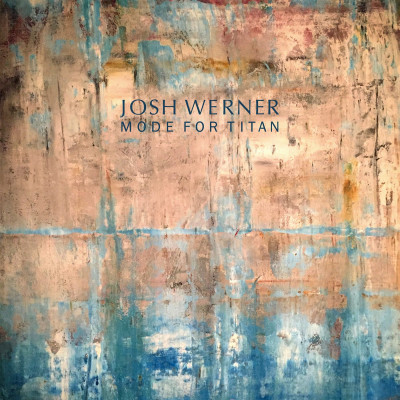 Mode For Titan by Josh Werner

Straight off, what we have with Josh Werner’s Mode For Titan album is the artist’s effort to come up with an ambient album with bass as the most prominent on the album. Actually, it could be the only instrument you hear on the album. Frankly, it is a very risky proposition that, before you’ve heard a single note, could sound also as a very boring proposition.

Sure, the album is produced by Bill Laswell, another legendary bass player and it is released on his brand spanking new label. And Werner himself has impeccable playing references that include the likes of Lee “Scratch” Perry, Cibo Matto, James Brandon Lewis, Wu-Tang Clan, Marc Ribot, Ghostface Killah, Vybz Kartel, Sly and Robbie, Nels Cline, and Popcaan. But is that a reason enough to take a listen?

Maybe not, but, then, you certainly should. Because, to put it briefly, Werner delivers on his promise. He has come up with an ambient album where the bass dominates and you still don’t have one weary moment. Part of it lies in the fact that Werner’s playing capabilities are stretched here to include a number of instrument variations, like the sitar bass, seven-string, and fretless bass.

But the key lies in the fact that nowhere on Mode For Titan does Werner go into extensive bass soloing or trying to show-off his instrumental prowess by endless soloing. The key is in creating a certain mood, an ambient if you will stick to the genre title. All of it is helped by Laswell’s intentionally understated production that just gives another touch to the atmosphere Werner creates.

Essentially, Mode For Titan could have potentially been a bass-dominated disaster, but actually turns into its promise – ambient bass music you can enjoy.