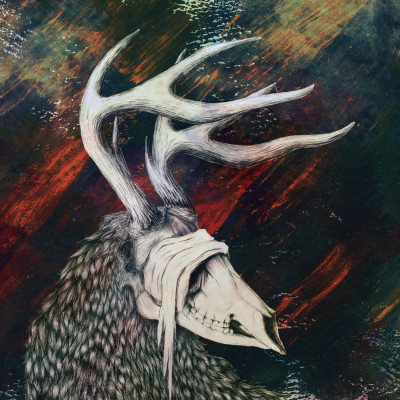 When I Die, Will I Get Better? by Svalbard

Svalbard’s third album When I Die, Will I Get Better? is a furious and intricate blend of post-hardcore, metal and post-rock with occasionally more shoegazey elements. It’s also the sound of a band at the height of its powers, both musically and lyrically. It’s an album that is utterly on point, highly relevant and very grounded in life today. The lyrics of Serena Cherry come from a personal place but cover issues that affect the lives of many people in 2020. With themes of depression, abusive relationships, feminism and online attitudes towards women, and, finally, hope, you won’t hear a more socially conscious set of songs all year. It was released by the newly formed Church Road Records after the recent, almost instant demise of the band’s former record label. To successfully meet the original release date shows a great deal of dedication and commitment to all concerned. This album reached you through adversity.

In the hands of less adept musicians the band’s mix of musical styles may well feel piled up and bolted on (the noisy bit, the quiet bit, etc etc.) by Svalbard pull together the various strands perfectly from the off. ‘Open Wound’ starts with a short dreamy passage and then kicks straight into a furious driven attack, pumped with rapid drum fills, yet with a soaring guitar melody that lifts it above being an angry noise. Anger and fury are recurring emotions on many tracks, something carried very effectively by Serena’s snarling vocals. One of the most memorably angry parts is in ‘Click Bait’, the repeatedly spat refrain of “fuck off, fuck off” in response to representation of female musicians online.

The music is consistently heavy and mostly fast-paced, with melodic threads running through it, and the vocal attack carrying the weight of the message in the lyrics. Post-rock-style guitar licks are used very effectively on many tracks, especially ‘Silent Restraint’, intertwined with heavier riffs. The drumming deserves special mention: it’s high in the mix, often with complex fills running all around the guitars and the tune, and it underpins the whole album beautifully.

Lyrically there’s a journey to When I Die, Will I Get Better?, as the catharticism of the different issues dealt with over the course of the album allows some peace to enter the lyrics, with a hopeful look to the future. Dreamy closer ‘Pearlescent’ features clean singing and is a partly dreamy and lifting end to the album.

When I Die, Will I Get Better? showcases a band at the top of their game, melding musical styles with flare and ingenuity, with a lyrical awareness of issues that will no doubt chime with a lot of listeners. Svalbard deserve your attention!