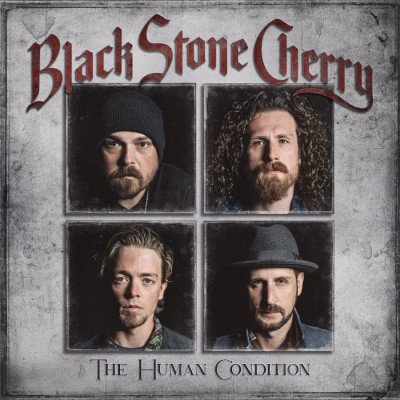 I’ve never been a big fan of Black Stone Cherry.  The Kentucky foursome first came to my attention around the release of their third album, 2011’s Between the Devil & the Deep Blue Sea, when several of the singles from it made a pretty big impression on UK rock radio stations.  I was ambivalent about the first single ‘White Trash Millionaire’, I actively disliked the second single ‘Blame it on the Boom Boom’ but then absolutely loved third single ‘In My Blood’. That’s pretty much what my relationship has been like with the band ever since: for every rousing piece of soulful, classy hard rock there seems to be an equivalent slice of hackneyed dumbass-ery that cancels it out. I cannot think of a single other band whose back catalogue I find so divisive – apart from Led Zeppelin! That’s quite some company, I suppose.

It may well be that the bands diversity of styles has been one of the major reasons behind their continued success. Able to straddle hard rock, country, blues and Southern rock with ease they can cover a fair bit of ground and please a considerable amount of ears without ever frightening off the more conservative listener. Despite the fact that genre fluidity maybe the bands strong suit, for seventh album The Human Condition they have decided to concentrate on making a top-to-bottom, state of the art hard rock record.

In promotion for the album the band have talked about working very hard on the production of this album, getting the sonics just right to achieve the crunchiest, shiniest and possibly heaviest sounding record of their career. Now, seven albums into a career bands are entitled to experiment with their formula to try and keep things interesting for themselves, but that doesn’t guarantee any amount of listening pleasure for the fans. Luckily, but probably unsurprisingly for Black Stone Cherry, The Human Condition is largely a success, it’s mission statement fulfilled whilst nothing here is likely to be irksome to the either the bands devotees or the casual listener. So, yes, job done Black Stone Cherry, as the strength and uniform quality of all the songs I’ve heard ahead its release have lead me into a rare foray experiencing a full album by BSC.

Opening tune ‘Ringin’ In My Head’ is an agitated, urgent cry for peace that sounds made for these times. Although written some time ago it’s a canny introduction. Right from the off Chris Robertson’s impassioned, rhythmic delivery captures the mood, whilst never being overtly political. As he bawls “brother, brother can you lend a hand, I’m in a prison in my own land” you know exactly where he’s coming from. It’s a banger.

That is followed by first single proper ‘Again’ another mean, hard sounding rocker, but with a slightly more uplifting message, it still drops into a grungy, dark interlude before exploding with a fantastic solo and rousing end.  Whilst neither of these tunes have the sunny, commercial demeanour of so many of their hits they both work incredibly well as modern radio rock playlist staples, that sound fantastic whether you’re hearing them in a pick-up truck or Peugeot 308.

There are plenty more gritty, up-tempo numbers that almost match that opening one-two, with ‘Live This Way’ the ultra-riffy ‘Ride’ and a fun and fuzzy stomp through E.L.O’s ‘Don’t Bring Me Down’ keeping the pace and attitude turned up to 11. ‘Some Stories’ even starts up like a stoner rock epic, although bottles it slightly and reverts to a more mainstream strut and familiar set of chords.

Naturally there are still some more melodic moments, which is just as well as the intensity of the heavier songs, not to mention that almost surgical strike wall of sound production means you do crave a little respite. You would rightly expect a band like BSC to have some lighter-waving moments and for me it’s always touch and go whether I respond favourably to the, shall we say, cheesier numbers, but for me this time the band have got them pretty much spot on.

I recently heard an interview with bassist Jon Lawhon who professed his love for Aerosmith and once you hear the bands influence you end up hearing it everywhere, but no more so than on the soulful ballad ‘If My Heart Had Wings’ and the gently wounded pop-rock of ‘In Love With The Pain’. Both are armed with the choruses that just won’t quit and are textbook late period Aerosmith stadium-rock, crowd swayers.

Towards the end of the album you do get a slight feeling of hearing recycled riffs and diminishing returns in terms of fresh musical ideas, but in general this is a pretty damn strong set of thirteen songs. Some fans may miss the gospel and good times of the bands more Southern rock stylings and the ultra-polished production won’t be to everyone’s tastes but those issues shouldn’t stop hard rockers of any persuasion appreciating a very fine classic rock album.