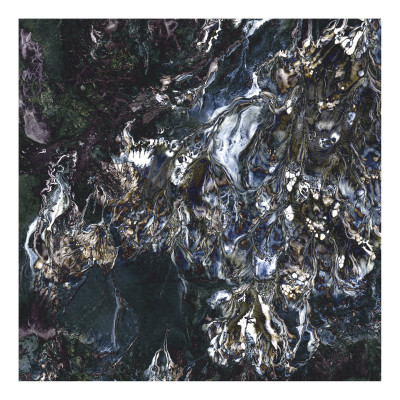 Recently I saw a tweet by a writer for a fellow UK music site asking what bad habits writers thought they had or words they felt they used to much. For me the word would have to be atmosphere, but whether the overuse is down to my limited vocabulary or the type of music that attracts me is a far harder question to answer. One thing is for sure, with second album Siste Lys, French sextet Ingrina has me reaching for the thesaurus as it is laden with so much atmosphere that the lines between post-hardcore and post-metal are no longer clear.

To be fair this isn’t the first time Ingrina has crossed these boarders as the self-titled EP (2016) and debut album Etter Lys (2018) both had the post-hardcore feeling but also plenty of characteristics of post-metal. Where Siste Lys diverges even further than those two is its deeper dive into more atmospheric territory whilst retaining that heavy edge. This is felt instantly when opener ‘Jailers’ kicks in and wave after wave of dense yet expansive sounds flow through it. The drums are so huge they could have been recorded in a cave yet, in contrast, the guitars have a massive glacial feel to them. The vocal attack is also further back in the mix than usual giving it the feeling of adding another instrument rather than being a focal point of any track.

This is by no means wishy-washy though and even the shorter tracks ‘Casual’ and ‘Now’ have some real bite, especially in the latter where a snapping drum intro manages to blast through the smoky ether before being suffocated by the dankness as the vocals try and make a break for the open air. ‘Stolidity’ is probably the closest the band comes to going flat out towards post-hardcore but whilst the mist lifts on some of the guitar and drum interplay at the midpoint the vocals are still shrouded in the fog and not stealing the focal point. These combinations are in play on most of the longer tracks and ‘Jailers’ really does set the tone for the album. The music moves up and down through urgency and calm with swirls of wind dictating the pace and creating a maelstrom when it does unleash.

The combination of the glacial and warm makes for an extremely lush recording and one that continues to reveal more treasure with repeated visits. There is a great sense of originality throughout as post-rock/metal mix with the post-hardcore origins of the band and the deepened synthetics flood the quieter moments to heighten the senses. It is a superb listen with sky-scraping walls of noise that elevate as well as crush and is a beautiful progression from Etter Lys.