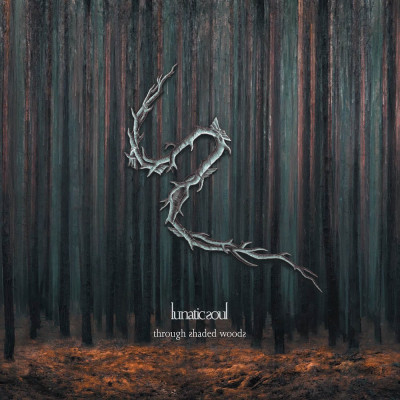 Through Shaded Woods by Lunatic Soul

Mariusz Duda is well-known in the progressive rock world due to his work with Riverside and Lunatic Soul. The latter is a project that Duda uses for his own endeavours and this seventh album explores what are likely the roots of Duda’s artistic expression; dark Scandinavian and Slavic folk.

Fractured and Under the Fragmented Sky embraced electronics, whilst Through Shaded Woods casts them aside and embraces organic instrumentation. By this, Duda intends to recreate the feelings he had when growing up near forests and lakes, and he states that it aims to be “steeped in nature and woodlands”. Additionally, through this exploration the album is brighter than Lunatic Soul’s previous efforts, evoking feelings of optimism instead of wretched contemplation.

The opening song, ‘Navvie’ introduces the theme of the album neatly. There is a strong stomping rhythm throughout and a vocal pattern that could easily be worked into a chant. These medieval-like sounds permeate throughout the album and certainly lend itself well to the atmosphere Duda is creating. The majority of the album could be only slightly reworked into a solo piece, with Duda’s vocals and another string instrument; each new motif layers well with the main body of the song.

The album does stray outside of the forest music, with the middle to latter closing parts of ‘The Passage’ incorporating the heavy chugging of a distorted guitar; this is done well with the rest of the song. The title track also utilises more modern elements, building well into a multi-layered progressive piece. ‘Oblivion’ similarly builds well and features the type of chorus that Lunatic Soul have become famous for.

‘Summoning Dance’, on the surface, feels furthest away form the traditionally folk origins. Whilst it sits as one of the climatic songs on the album, it plays like the more subdued section on a more aggressive album. It does still manage to continually build, and finishes with a fantastic stomping bass pattern, and subtle guitar solo. ‘The Fountain’ brings the album back to where it started, with a beautifully sombre ballad.

As a whole, being just shy of 40 minutes and featuring six songs, the album feels surprisingly short. In a sense, it is a suitable length, as any unnecessary fat has been trimmed off. Each song has its own identity, and whilst they work as a full body, they are also listenable on their own. It does feel like a transitional piece for Lunatic Soul, and what route they pursue in the future is anyone’s guess. Through Shaded Woods still showcases Duda’s talent and willingness to adopt both old and new ideas when exploring the musical frontiers.