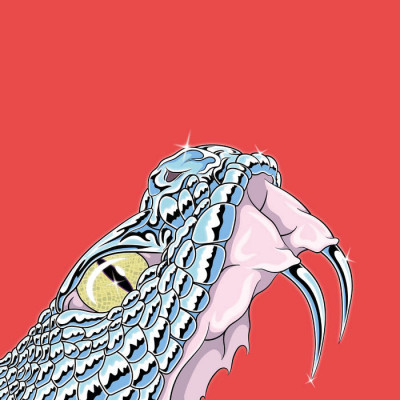 The latest addition to the Rocket Recordings’ roster Pharoah Overlord are bringing Disco back with their new album 6. Having never heard the duo before, I have no idea what their usual sound is, but this album immediately reminds me of Daft Punk, Digitalis and Justice; mid-2000s electro, but with overt links to disco and psych. I feel like the addition of Aaron Turner’s vocals is interesting. In all honesty, I don’t usually like his style because it seems kind of cheesy to me, but I love it on this album because it has an almost B-Movie quality to it. Like Gordo from the Mortal Kombat movie and upon hearing the first single I was instantly sold on the whole album. So, I guess let’s delve in…

‘Path Eternal’ kicks off the album with a pulsating beat, oscillating synths and a choral synthesiser. It’s goofy but, cool at the same time, like a dragon wearing sunglasses. The melodic synthkeys interludes take the place of a chorus, they fall like crystallised snowflakes, delicately and magically as Turner screams distantly. The top line melody reminds me of Múm and the undercurrent of Air. It’s a really strong start to an album. ‘Arms of the Butcher’ is an amazingly constructed song; there’s layers of percussive, mechanistic stuff and synth layers that sound like a Trent Reznor soundtrack, but they’re rounded out with danceable drum beats and funky overtones. Turner does a good job of reigning in, what seems like a very erratic foundation.

The choruses are very unexpected and interesting through their use of the key change. But, I find it hard to articulate why the songs are just so fucking good. They’re just really well-balanced and arranged and produced and whilst I think I can hear some of their influences, they play a totally new and unique and refreshing sound. There’s nothing I love more than listening to something that just seems entirely singular and unique and that it exists outside the clear boundaries of genre. Yeah, you can throw this in with disco and funk and psych and electro and synthwave and some other categories, but it never fully fits in. It’s like a post-psyche disco album and I feel like there’s probably gonna be a bunch of bands aping this sound soon because it’s really organically cool.

I’ll talk more about ‘Without Song All Will Perish’ later, but it’s one of my favourite songs of 2020 next to Radar Men From The Moon’s ‘Eden in Reverse’ and Oranssi Pazuzu’s ‘Uusi Teknokratia’. ‘Tomorrow’s Sun’ is a weird fucking song though. It sounds like spinning out on too many drugs or like being fucked up in a rave, the clashing tones and the whirling squelchy synths. It’s blind-siding. Then there’s the section in the middle that sounds like something from an 80s football VHS tape. Or a Queen cocaine jam. I do really like the track, but fuck me, it’s very garish.

‘Blue Light Hum’ closes the album and from the first ten seconds it’s clear that it’s an instant classic. The synths and the vocals are amazing, the beat continues to dance like a heartbeat. The operatic vocals make it sounds like an ecstasy-fuelled remix of The Shining, the whole soundtrack in one mix. There’s something very epic about it and each instrumental line seems to build to a new fever pitch, each segment more enthralling than it’s predecessor. I think that the patience and attentiveness in the songwriting and careful arrangements of the songs and this approach that seems to have a strong DJ-influence has helped Pharaoh Overlord create possibly the most unique album of 2020 and my guess would be is that a lot of can be attributed to what appears to be an affinity for Disco music and the DJ culture around that genre.

A lot can be said from the recent re-emergence of disco not just in terms of DJ nights prior to lockdown, but in the sound of new releases such as this and Dorcha’s Honey Badger. It’s a genre with a heritage inseparable from economic recession and its heart it’s about escapism. This is an album that straight out the gate absolutely fucking slaps, but I don’t take it seriously, it doesn’t cut me to my core. However, the songs are great, the production from the off-set just sounds amazingly well-polished and it just seems to be like the tall pint at the end of a long year; it’s so refreshingly earnest yet, fun. I’d equate it to the new Ozric Tentacles LP that sounds nothing like this, but after a year of lockdown, unemployment, sickness and mass death, the horizon seems visible and I’m totally ready for some hedonism.

This album makes me wanna bust out the acid and the fluorescent lights and get weird. The real consistent pleasure of it though is that it just feels like something totally unique despite its clear influences and that is for obvious reasons, an increasingly rare find. I’m skeptical towards the inherent nostalgia of a disco-pastiche post-psyche album, but hopefully, it sounds futuristic enough that listeners never dumb themselves down enough to talk about “the good old days”… there were no good old days. Even still, this record manages to ground itself in our current climate with Turner’s lyrics. I’ve yet to find a pandemic-era lyric that has resonated with me more than “without song all will perish”. The live music scene is dead. Rehearsal is being banned and unbanned with each passing lockdown. Recording studios opening and closing. The not-so-subtly fascist governments are loving it, shutting down discussion and repressing dissenting voices. Divide and conquer, isolate and terrorise.

We’re post-truth. “Nobody trusts anybody now and we’re all very tired”. This is a time when we need artistry more than ever to unite us and lead the way and yet, it’s being systematically hacked away, venues are closing, people are dying and yet, as soon as we near the point they’ll re-open Whetherspoons and have maskless, germ-spreading gammon getting discount micro meals to eat out to spread the virus, all so the tories can ride the wave of disaster capitalism…and they’re lining their pockets with the gold teeth of your dead parents and grandparents. The funding is going to corporations and billionaires, independent groups and free-thinking parties are being muscled-out.

‘Without Song All Will Perish’ it’s a simple message, art is resistance, music is liberation, songs are genuine moments of independent human expression, where we connect and inspire and resonate and bond. It’s an escape, a call to arms, a unique perspective, a comforting feeling of kinsmanship. These are all the things we need to preserve and fight for and see in our every day lives because for all we know this pandemic is just the beginning of several mutations, years of lockdown, a slide into authoritarianism and fascism. After all, the UK government have gone against the public at every turn since we first heard of this virus and there’s over 70,000 people dead now, who’s to say they won’t keep profiting off the dead and gripping an ever tighter stranglehold of power? U-Turn after u-turn, deceit after deceit, perhaps this isn’t nearly over but, merely the start of the horrors to come?

Pharaoh Overlord manage to blend past, present and future into one outstanding work of art entitled 6. The only other thing I have to say about this record is that “if the devil is 6, then God is 7”. I eagerly anticipate the next offering from Pharaoh Overlord and welcome a new year of Rocket Recordings excellence. 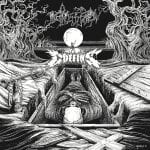