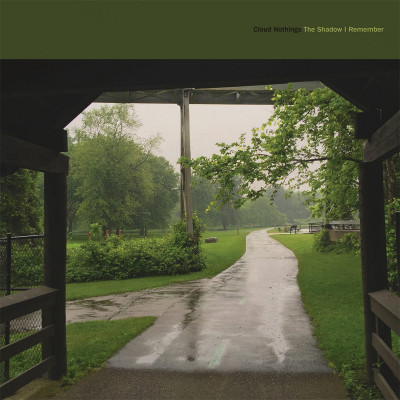 The Shadow I Remember by Cloud Nothings

Given that Cloud Nothings’ frontman and principal songwriter Dylan Baldi is still only 29 years old, it’s impressive that this is their ninth album in ten years. The band have taken full advantage of the productivity opportunities offered by lockdown and as such, The Shadow I Remember is the band’s third album in eight months, following hot on the heels of The Black Hole Understands and Life Is Only One Event.

While those two albums were recorded remotely with the individual members recording their respective contributions in their homes and the magic all coming together at the mixing desk, for this LP, the band reunited with legendary recording engineer Steve Albini, who famously loves recording bands playing together in the studio and avoids having to mix together individual parts of instrumentation wherever possible.

The band say they wanted to recapture some of the energy he brought to the recording of their breakthrough third album, Attack on Memory (2012). It also afforded them the opportunity to reconvene at Albini’s Electrical Audio Recordings, where they first recorded together as a band, previous albums Turning On (2010) and Cloud Nothings (2011) having effectively been bedroom projects of Baldi’s. Indeed, Baldi says he felt he’d become typecast as a writer of the sort of hook-based songs heard on The Black Hole Understands and Life Is Only One Event, and that in order to make fronting a band a fun experience again, he needed to regroup with his bandmates and play live with them in person. So it’s apt that the band reteamed with such a longstanding advocate of the communal recording experience and it’s a good thing they did, because this is their best album since Last Building Burning (2018) (by my reckoning, still their best work).

The songs have this kinetic energy about them that was largely missing from their last two albums. Obviously, this can’t be solely attributed to Albini and major parts of it likely stem from Baldi rediscovering his songwriting mojo and the band having a great time playing in the studio together again, but the way in which his and Chris Brown’s guitar lines bounce each off each other on ‘A Longer Moon’ and opener ‘Oslo’ has an excitement to it that most of the instrumentation on The Black Hole Understands just didn’t have. Their guitars work equally well in lockstep with each other on ‘Only Light’ and ‘Am I Something’, while Brown performs an excellent solo on ‘Open Rain’.

That’s not to say the band have lost their talent for crafting wistful, poppy hooks, however; ‘The Spirit Of’, ‘It’s Love’, and ‘Nothing Without You’ are among the catchiest material Cloud Nothings have recorded in recent years (and on the latter track, Macie Stewart’s mellifluous guest vocals help considerably in that regard). And of course, Albini pushes the excellent, propulsive drumming of Jayson Gerycz (still the most powerful cymbal-basher in modern indie rock) way up in the mix on tracks like ‘Sound of Alarm’, as is his wont. ‘Nara’ is probably the album’s weakest point, with neither the guitars, vocals, nor the rhythm section feeling as unrestrained and vibrant as they do elsewhere on the album.

But this is a minor criticism. ‘The Room It Was’ makes for a perfectly catchy, melancholic, melodic, rocky closer and when it ends, you’re left with the feeling that this is a band who are back to, if not the peak of their powers, then at least something approaching it (although it should be noted that this album was recorded prior to the band’s last two, more disappointing, full-lengths). The Shadow I Remember is Cloud Nothings’ best album for some time and the best indie rock album of 2021 so far by a considerable distance.

It might not have the relentless, frenetic energy of Last Building Burning but it sees them balancing out the introspection of The Black Hole Understands with fun, melodic elements that have ostensibly resulted largely from their enjoyment at playing together in a studio again. Existing fans of the band should really enjoy it and, whilst it might not serve as the ideal introduction to Cloud Nothings for listeners unfamiliar with their work (I’d say that honour falls to either Attack on Memory or Here and Nowhere Else (2014)), it should go down a treat with fans of bands like Weezer, Archers of Loaf, and Superchunk. Go check it out.