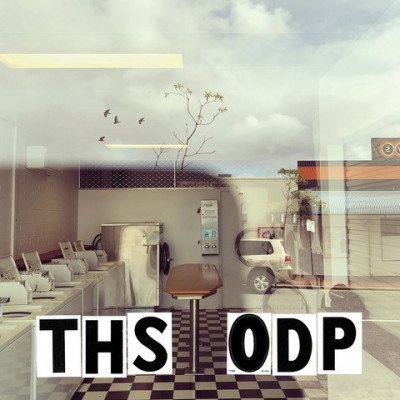 The Hold Steady emerged in the noughties as a rock band who brought intelligent and entertaining literate storytelling while still maintaining the ability to be perfect fodder for a great weekend gig night out. Their reputation built on a strong trio of albums starting with 2005’s Separation Sunday, followed by the excellent Girls and Boys in America, and then Stay Positive that saw the band even championed by the then BBC 6 Music morning DJ/comedian Phil Jupitus.

Craig Finn’s tales mix hedonistic high times, crushing comedowns, and the outsider characters’ trials and tribulations of dealing with everyday life. Craig is another writer in the long line of poets using music and vice versa, and delivers in the half talking/half singing style. Granted, it’s a style that can be an acquired taste for some, but the band had that something which connected to their audience. Keyboardist Franz Nicolay was another string to their bow adding melodies to their tunes to give them their wider musical breadth.

When Franz first left the band, it dimmed their sound and even the live shows lost a bit of their spark. Therefore, this reviewer never paid too much attention after Heaven is Whenever as they seemed to go off the boil. This dip in form was mainly because the songs were below the quality threshold they once produced. But, Franz Nicolay’s return to the fold with the release of 2019’s Thrashing thru the Passion, showed glimpses of their former glories. The current six-piece line up of Craig Finn, Booby Drake, Tad Kubler, Franz Nicolay, Galen Polivka, Steve Selvidge, sees the addition of a horn section (Stuart Bogie, Ray Mason, Jordan McClean) and backing vocals (Annie Nero, Cassandra Jenkins) for Open Door Policy(ODP), which turns out to be their best since those afore-mentioned three albums.

Right from the off, The Hold Steady sound like they are enjoying themselves and are a band relaxed and at ease with themselves. This is helped by an excellent production by Josh Kaufman, which is more spacious and allows plenty of room for Craig to breathe life into his wordy, descriptive tales. Tales which Craig informs in the press release are about ‘power, wealth, mental health, technology, Capitalism, consumerism, and survival issues.’ One of the rewards is paying close attention to Craig’s lyrics as they slowly peel and reveal insights into these bruised but not yet beaten characters.

This six piece armed with a deftly applied horn section unleashes a wider musicality and their love of the E Street Band. ‘Spices’ is a clear indication of a band finding their mojo again. A great bendy guitar riff is cue for Craig to kick off a tension in the air night out reunion with an old acquaintance ‘’we’re going to see where this goes.’’ ‘Family Farm’ is an uproarious full band belter, plenty of piano tinkling and the horn section proving their inclusion was indeed a good idea.

The stomping bass drum and light melodic keys opening, sets in motion another album highlight ‘Heavy Covenant.’ It’s a song which builds into an earworm delight, and even goes as far as sounding like Craig nearly breaking out into full out singing. And when they slow things down on the excellent ‘Unpleasant Breakfast’ or go a bit lighter on ‘Hanover Camera’, it sees them imagining Steely Dan playing in a garage. There is also a cool looseness to the overall sound across ODP with plenty of neatly applied touches from all members. But, even with this wider sounding six piece and a top production to allow space for all to be heard, it still needs good songs to match, and this is their greatest achievement.

Open Door Policy has the spirit of The Hold Steady’s glory days while there is a renewed freshness in the song-writing, and a newfound creativity by widening their sound. I now just want to hear these songs at a Friday night gig and the world will seem like it’s heading in the right direction again.