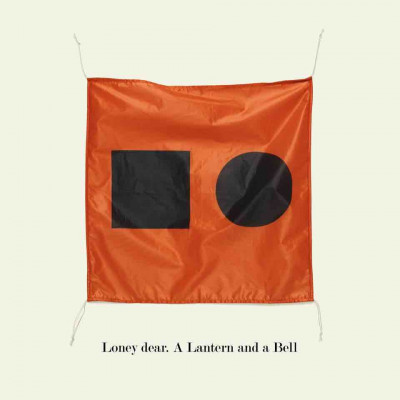 A Lantern And A Bell by Loney Dear

When back in 2007 Sub Pop released Loney Noir, an album by then practically unknown Swedish ‘group’ Loney Dear, the album almost created a sensation among critics. Actually, Loney Dear was a guise for Swedish artist Emil Svanängen, who was making music by himself years before that album but was able to transform his sound into a stage act, a real band with great results too.

After a string of albums for Polyvinyl, again with critical acclaim but not much public traction, Svanängen seemed to have disappeared at the turn of the decade, only to resurface in 2017 with a self-titled release for Peter Gabriel’s Real World label.

He took his time again to make a new album, A Lantern and a Bell, his latest. And it has practically all the best elements that made Loney Dear such a critical favorite. Svanängen obviously has a serious background in classical music, but also seems to be a big fan of harmony vocals (Beach Boys-style), and any pop/rock music element he can embellish his songs with.

On A Lantern and a Bell he seems to be in a more classical mood Beethoven overtones of Go Easy on Me No (Sirens + emergencies)’ being quite impressive, which gives the album a somewhat quieter, more somber tone. But, then such are the times in which this album comes about. Still, Svanängen doesn’t forsake any of the elements that already characterized his music, like the gospel overtones of ‘Last night/Centurial Procedures (the 1900’s)’ or jazz of ‘Oppenheimer.’

All of the impressive musical shades presented on the album are wrapped up in Svanängen’s ever-present falsetto vocals that take the main role here and create exactly the atmosphere he seems to aim for.