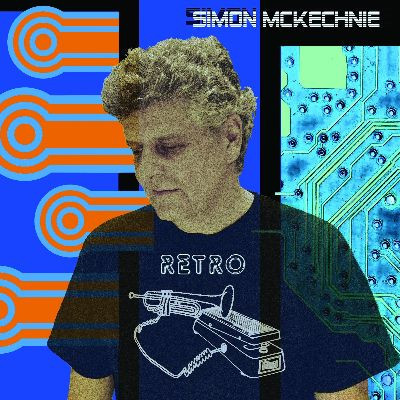 Do you want some real, modern progressive music? The one that covers practically any musical ground, from folk, rock to jazz, and modern classical?

If so, then you don’t have to look any further than Simon McKechnie’s latest album, Retro. If you haven’t heard of McKechnie before, here’s a brief recap: Simon is a composer, arranger, and musician, based in London, UK. He has written for BBC television, classical ensemble Golden Section and The Society of Strange and Ancient Instruments, and written arrangements for Roberto Pla’s Latin Jazz Orchestra. He was the leader of the jazz fusion group Azul whose 2004 tour with contemporary dancer Genevieve Grady was Guardian Jazz pick of the week. His 2011 release London Reborn is a collection of interpretations of old London folk songs.

On Retro, McKechnie practically brings along practically everything he has done before and combines it into something fans of Yes, King Crimson, The Enid, Gong, and Steve Hillage should pick up immediately. If still not convinced, have in mind that the 21-minute long opening piece ‘The Origin of Species,’ was not to be titled as such lightly. The lyrics to the piece actually use quotes from Charles Darwin’s key work, without the music faltering or falling apart, nor going into some wild excesses prog got a bad name for.

The other three compositions on the album in no way lag behind in quality, the title track, picking up on Chuck Berry riffs, and putting them in an electro-pop setting, for example. Of course, with a few twists and turns in-between for good measure.

Listening to Retro it just seems that Simon McKechnie is attempting to restore prog’s good name in one big sweep.