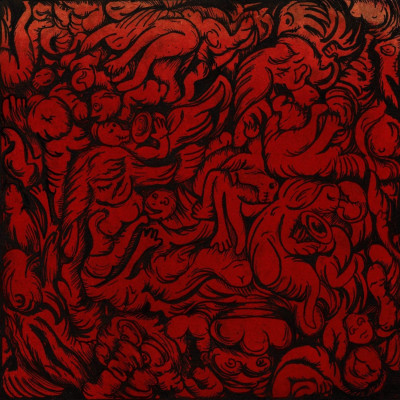 This is a beautiful thing. A slippery, ghostly, thing. Spare guitar and organic drone in an empty old building. As you move through the rooms, shadows of noir jazz and western soundtracks drift across the floorboards. So quiet you can hear the squeak of fingers on the guitar neck. So quiet you can almost hear the dust motes turn in the light. Music that’s hardly there at all but fills up the space you’re in, steadying you, stretching out the gap between moments so you can breathe.

What I thought was, I’d quickly check out the stream and just make a mental note to either return or ignore it. But I ended up listening all the way through. Twice. This is surprisingly easy to do, not only because it’s quite short and plays on a loop, but mostly that it circles back around. The gliding final notes of ‘The Weirding’ receding into the opening drone of ‘Quiet, Arid And Still’ like the night acknowledging the dawn. This kind of calm ambient drift isn’t the sort of music to grab you by the lapels and demand your attention but it’s also not true that it requires patience to absorb. The atmosphere it generates is so complete and instant it’s like entering a different place. I got an immediate sense of “oh yeah, I like it here.”

Opaque is the debut album from Manchester based duo POLA. Paddy Roper (formerly of Pijn) on lap steel, double bass and keyboards and Greg Chiche on guitar. It has it’s own particular feel but fans of Chuck Johnson, Marissa Anderson & William Tyler, Bohren & der Club of Gore, maybe Mute Duo, probably Haress, that kind of thing, should find themselves at home here. As near instant as my response to it was, it remains mysterious. Where a lot of the stuff you might compare it to evokes wide open spaces Opaque feels like it’s mostly beneath a roof. It’s difficult to describe. Slippery.

Helpfully, POLA have a way with naming their work. Opaque is a great title, perfectly capturing their music’s enigmatic quality. ‘Quiet, Arid and Still’ a precise distillation of the mood. I wouldn’t be at all surprised if it was the instruction with which they began the improvisations that led here. In the background of the space they mark out other sounds drift past, outside the room, almost at the edge of your awareness. Eerie background noises unsettle the peace of ‘The Dimming’, what I think is probably saxophone squawks like distant geese on ‘Interlude’ and perhaps the mournful violin on ‘The Weirding’ is simply another layer of lap steel. Maybe it isn’t even there at all, these half hidden details emerge slowly.

For the first half of ‘Interlude’ the guitar builds a rough box, marking out the four sides in a tight grid, then at the midpoint it melts, starts dancing like light on water, circling like ripples from a pebble. Simple but effective it’s a small moment of joy that fades as those geese squabble up. Opaque is a lovely ambient record but it’s not sugary sweet. The cover looks like a weirdly cosy dream of hell and it’s not that either. It is bleak and empty but not in a dark or depressing way. Ghostly, slippery, but a beautiful thing. 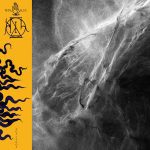 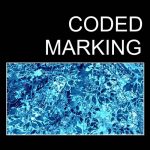 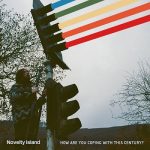 Novelty Island – How Are You Coping With This Century?