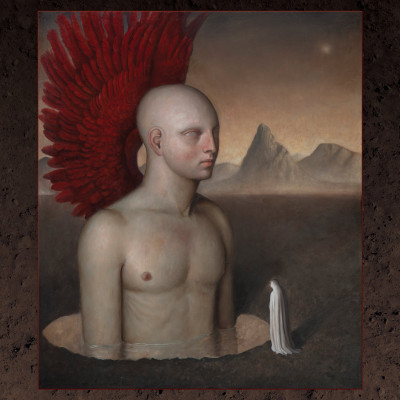 Spectral Lore is the dimensional vessel of prolific Greek multi-instrumentalist Ayloss. Formed over 15 years ago the band have released several highly lauded full-lengths as well as more than a handful of successful splits, many with fellow ethereal voyager Mare Cognitum. Ετερόφωτος (pronounced ‘eterofotos’) is Spectral Lore’s first full-length in nearly 7 years and comes hot on the heels of 2020’s stunning magnum opus, Wanderers: Astrology of the Nine split with Mare Cognitum. Ayloss bleeds talent and shows no signs of resting on his laurels, returning with nearly 80 minutes of blistering and unique new music.

The gargantuan ‘Ατραπός’ leads the album with a thunderous to-the-point intro of blastbeats, jabbing guitar strikes and inhuman rasped screams, bellowing monstrous agonies into this fiery whirlwind of layered and assaulting metal. Stampeding drums and wild tremolos march to a midpoint proggy free-form section replete with warped vocal gymnastics and an out of left field pause… only to ease back into life with muddy picked chords and fascinating autotuned vocals. The track turns in an unexpected direction, wrapping it up with a powerful, fading outro and having enough material over its 11 minute runtime to span several songs. Setting the bar this high allows Ayloss to pull off another u-turn and end the album with ‘Terean’, a 19 minute droning behemoth of cavernous ambience, with its lengthy journey traversing the realms of the unsettling to complete desolation and finally touching upon a hauntingly beautiful finale.

By the first track it’s clear the album is more akin to Sentinel, acting as a sort of spiritual successor, and less grounded in the cosmic or ethereal influences of other releases. ‘Initiation into the Mystery’ continues this trend with utterly unforgiving drum patterns and chaotic, powerful chords with slithering ancient riffs. ‘The Sorcerer Above the Clouds’ widens Ayloss’s breadth and depth of imagination beginning with an alluring and gentle intro then moving swiftly into amped-up Maiden-esque whirling riffs and weighty percussive sections pounding and pummelling as a charge of tremolos carries an unyielding energy throughout the first half. A recurring aspect in several of the tracks is the drastic change of pace and that repeats again here with the revved-up guttural punch of deep and dirty guitars that separates the previous more lively part from the folky outro. Ayloss goes to further prove that infusing metal with various tempo and style changes works wonders for creating brilliant pieces of music with expansive stories.

The album doesn’t do anything by half-measures and is seriously aggressive without being overbearing, making full use of the weighty aural devastation black metal instruments produce. It’s intense and diverse, primal yet melodic with curveballs and inventiveness throughout to keep you guessing and your ears peeled. It’s incredibly nuanced, sometimes strange and certainly unorthodox and perhaps bordering on the exotic at times… all reasons to thoroughly praise this release.

Ετερόφωτος hits you full-force right off the bat and drags you into its convulsive story with immediate intrigue, but is certainly not an easy breezy listen, partially to do with song length and structure and the fact that some songs lean towards the unconventional, such as the rabid and experimental ‘Apocalypse’ and its 6 minute perpetual rolling drum build-up to a wall of cacophonous blasting. Ετερόφωτος features seven explosive and meaningful tracks rich with layers of diversity, intricate brutality and colourful atmospheric theatrics which all culminate in a release that’s nothing short of spectacular. It’s a grower and will take a few spins to fully consume you but is nonetheless a masterful release and surely a contender for album of the year. 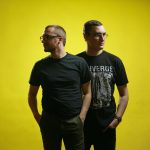 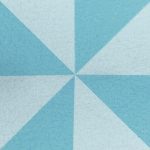