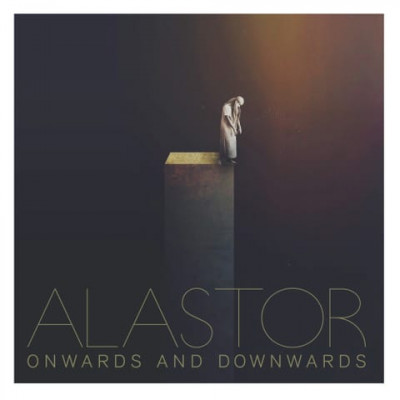 Joining RidingEasy Records in 2018, Swedish occultist doomsters Alastor turned some heads with their Slave to the Grave album. As the title indicates, it dealt mainly with the theme of death. They now return with the follow up and their second album for the said label. For Onwards and Downwards they turn their attention to tackling the struggles of the mind, as guitarist Hampus Sandell explains “You can look at the whole record as one person’s gradual slip into insanity. An ongoing nightmare without end. It also sums up the state of the world around us as this year has clearly shown.”

While the world appears to be descending, Alastor should only be going upwards with their latest. It continues the darkness but its thicker and heavier in all the right places. From the thunderously crashing in of the opener ‘The Killer in my Skull’, it sets the tone for some serious weighty stuff. And it’s great to hear a vocalist (Robin Arnryd) in the metal scene who isn’t afraid to be understated, the effect of this brings a creeping melodic potency to proceedings. The song is dense, thickly bottom end heavy but Robin’s subtle singing style makes it easier to digest than the opening blast initially suggests, so not too far away from how the excellent Windhand approach their glorious craft.

The grinding slow pace of the make your skin crawl ‘Dead Things In Jars’ is offset with a guitar hook and quieter section to make this second longest track on the album a huge offering. However, I assume unintentionally, the pronunciation of ‘yars’ is what sticks in the mind the most. Moving on, the tremendous ‘Death Cult’ ups the tempo accompanied by a very fine revved up droney fuzzy guitar sound. While the additional in a hurry tinkling piano evokes a doomy ‘I Want To Be Your Dog’ stylized Stooges. In other words, it’s a belter!

It’s then back to a slower rhythm again as the intro for ‘Nightmare Trip’ brings-to mind Led Zep’s ‘When the Levee Breaks’, but that’s where the comparisons end as it proceeds into another slow grinding head nodding seducer. It’s very clear Alastor partake in a density form of heavy that Windhand and Pallbearer have rightly owned for the last decade or so. And if this isn’t huge enough for you, then the over nine-minutes title track delves right into the album’s core. A great guitar hook to splice above the mighty cluster, and a mid-section which displays a trademark metal twin guitars hook to arguably take the album highlight award in an album full highlights.

Okay, excluding the short instrumental interlude, this is only six tracks long but I always prefer a shorter-amounts of tracks over an album which packs them all in to take the track listing into double figures, where many of those are mere fillers. Quality over quantity, every time. And this is the case with Onwards and Downwards as this is Alastor’s most accessible album yet, but still revels in heaviness with commendable fuzzy outpourings which never loses sight of big riffs and melodic hooks. Windhand, Pallbearer and Monolord have challengers to their doomy thrones. This can only be a good thing for lovers of heavy music.