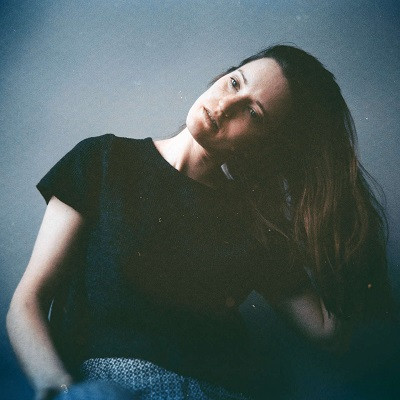 Everything Pale Blue by Annie Hart

When you think on who was one of the most important female electronic artists, you think of; Suzanne Ciani, Delia Derbyshire, Miss Kittin’, Throbbing Gristle’s Cosey Fanni Tutti, Laurie Anderson, and Laurie Spiegel. Some of them from the present and future, who not just paved the waves of electronic music, but breaking down barriers that the genre isn’t just a boy’s club, 24/7.

But when it comes to Annie Hart, one of the members from the synth-trio Au Revoir Simone, the doors have finally been opened to reveal its true glory. Since the band’s launch in the Big Apple which considers Erika Foster and Heather D’Angelo in 2003, and taken its name from the main character in the 1985 cult classic Pee-Wee’s Big Adventure, they have released four studio albums and appeared in an episode of David Lynch’s (who is a fan of their work) cult series, Twin Peaks: The Return performing, ‘A Violent Yet Flammable World.’

For Annie, she is more than just a member of Au Revoir Simone. She has collaborated with bands and artists such as; Uninhabitable Mansions, Jeffrey Lewis, and Air’s sixth studio album, Le voyage sans la lune, inspired by the 1902 silent French sci-fi classic by Georges Méliès. That and her third studio album released on the Orindal label entitled, Everything Pale Blue.

With inspirations from Brian Eno’s 1975 third studio release of Another Green World and maybe from The Velvet Underground’s sole self-titled third 1969 release for the fourth track, ‘Pale Blue Eyes’ which I can imagine Annie might have been inspired to name her latest album. Hart originally wanted to make it another pop release, but realizing that to go a little further into the experimental voyages with some crazy experiments she would cook inside her laboratories with her keyboard arrangements.

Her follow-up to the 2019 release of A Softer Offering, showcases a surreal beauty into the unknown passageways of our solar system that is dark, beautiful, and at times atmospheric. You can feel Annie tipping her hat to some of the aspects from the Krautrock movement as if Edgar Froese, Dieter Moebius, Florian Fricke, Klaus Dinger, Florian Schneider, and Conny Plank are watching in awe to see Annie not just keeping their legacies growing, but not letting the spirit hit the waters and keeping the flames burning brighter than ever.

It feels like she’s doing an alternate score to the 1997 short animated CGI film, Planetary Traveler by Nathan House and Jan Nickman, the first film created using desktop standard computers with the Mac. The film is about an alien race called the Phlieg searching for a mystical planet which holds the key to these questions of their universe.

For Annie, she might have been influenced by this film to bring it to life as if she was making an alternate score to this project in a whole new way. There are moments where we as listeners go beyond various horizons in different corners of the planet Earth by seeing its true beauty of different landscapes through various camera shots that are out of this world.

Everything Pale Blue is an achievement that will take you on an adventure that is waiting for you to be a part of Annie’s spaceship ready for lift-off. Not only is it making the jump to light-speed, but she has come a long way for 18 years to keep the wheels turning. And there’s not a single stop sign for her to slow down to be a part of this mind-body experience with a spiritual message. 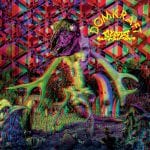