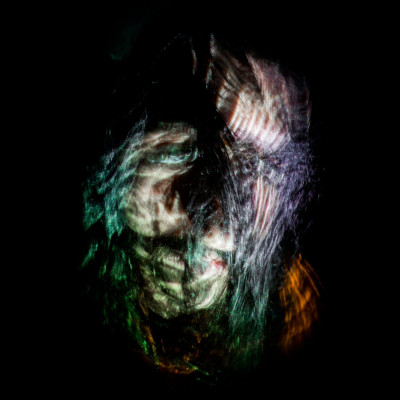 In the Flesh by Burden Limbs

Truth be told I had never heard of London’s own self-styled jank metallers Burden Limbs before this review was suggested to me by none other than vocalist and fellow Echoes and Dust writer Chad Murray. After a few skims through their light, but promising catalogue of demos and EPs it got my spider-sense tingling, and of course the challenge of reviewing something you aren’t normally used to picking is always intriguing for any writer.

Burden Limbs play claustrophobic, discomforting post-rock/metal with touches of the psychedelic and more than a glass full of misery. It’s not completely out of my range as they do delve into creating some wonderful harsh atmospherics with the dirty rawness of their sound, and I myself am a connoisseur of noise music. It took a listen or two to fully be consumed by the fact that this is actually fully up my street.

In the Flesh is a bold live project from the six-piece and one that comes in two parts. The audio side is comprised of four tracks of noisy rock, two of which are tracks featured on their debut EP There is No Escape and two are brand new and unheard offerings from the band’s ‘forthcoming releases’. The first of the new tracks is ‘The Horrors To Come’ leading with the lamenting flail of loose strings struck ever so painfully as Murray’s tortured, impassioned voice adds a poignant reminder of the misery of the perpetual dread of life. It’s a good 4 minutes before this agonisingly evocative introduction peels back more layers and bombards you with pounding drums, swaying guitar rhythms and eerie, piercing background ambience.

The second of the new tracks ‘Scorched Earth’ opens with another prolonged crawl through the mire of cacophonous bleakness complete with the gloomy call of a clarinet begging for sweet release. The track takes on a reinvigorated brutality with crushing guitars and storming drums that nearly break out into full-on blastbeats, but ultimately tease with their bruising violence. It’s without a doubt the best song in the set and a promising glimpse into music to come.

The visual side is an immersive up-close and intimate concert with epilepsy-inducing fast cuts, filmed live at the Strongroom Studios in London under a trippy sky of neon starry lights. Older tracks ‘Hypochondriac’ and ‘Burden Limbs’ get a new surge of life and sound elevated, with the former especially having a fatter, better sound. These four tracks display a deep understanding of the dreary darkness of life and the music that flows from minds to make it somewhat bearable.

In the Flesh is an audacious move from a band who have yet to release a full-length album and who are still establishing themselves in this genre… a move that actually pays off in spades as this duo of audial and visual treats packs a punch and showcases a band at the top of their creative game. Said the band’s founder Murray: “Our focus has become to consistently reach a higher standard with our output and to not only reach new listeners but, also to demonstrate to existing listeners that we are not a band in its infancy but, a band in its prime with a lot to prove”. Burden Limbs have the confidence and talent to know exactly where they are in their career process and where they want to be.

It can never be satisfied? I certainly was!