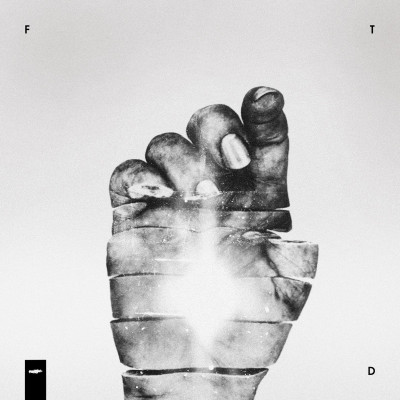 Negative by Feed Them Death

Feed Them Death is the solo project of Void, one of the founding members of Italian brutal death metal band Antropofagus. Feed Them Death tend to blur the lines between various genres of extremity, fusing death-grind and no-holds death metal with flaying touches of blackened metal, industrial and dark ambient noise.

Debut album No Solution/Dissolution was a savage cranial-stomp of straightforward death metal. Sophomore album Panopticism: Belong/Be Lost, which was released only a year ago, further enhanced the band’s scope and pushed back the boundaries of metal, incorporating fear-inducing atmospheres and other genre elements into the mix. Negative is a social commentary on humanity’s decline into utter madness and may just be Feed Them Death’s darkest and most expansive release yet.

‘Eulogic (Negative Dialektik)’ opens conventionally but soon lumbers into a sludge-heavy crawl through doom and atmospheric noise backed with disturbing random vibrations and creeping vintage keys straight out of a horror movie. This is probably the albums best example of creative song structure. The descent into eeriness at the start of ‘The Underworld Unveiled’ adds more unsettling textures into the mix only to return swiftly to the brutality of hammer-blow drums and muddy guitars. Final track ‘The Idiotic Yearning For More (Barbarism of Perfection) is another doom-laden track with oppressive ambience, gutteral bass rumbles and dreaded, lamenting guitar work with only a few fits of blastbeating rage.

At 30 minutes and an eclectic array of noise on offer Negative doesn’t overstay its welcome. This is an unconventional take on death metal savagery, filled with intricate details and as a whole is a barbaric and untethered beast with a clear and distinctive sound. These disparate and chaotic elements join to form a cohesive and volatile record that’s packed with interesting punches of meaty, dirty, grinding death metal. Little moments of atonal uniqueness scattered throughout the album that add a disconcerting horrific feel that pulls you into full immersion. These suffocating sounds interact like gnashing teeth, gnawing in a frenzied way and churning out a manic, nuanced theatre of sound.

Void is clearly a forward-thinking musician forging his own sound to the backdrop of established musical tropes, and it can be hard to fuse genres when so many are on show, but Void seems to have a firm grasp on it. Feed Them Death are a band to watch out for and what Void offers next is already something I am keen to wait for… personally I’d love to hear more black metal infused… or a fully atmospheric album/EP perhaps? Whatever it is remains to be seen, but Negative is his most explosive and commanding release to date.