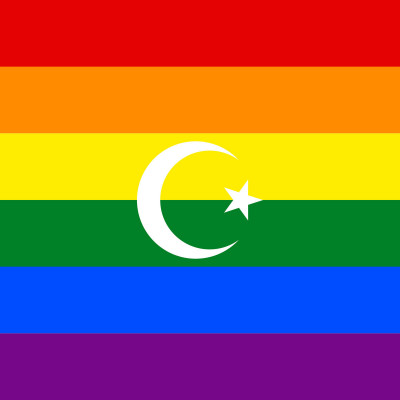 Empire of Love by Violet Cold

We are still so foolish as human beings. We are dark souls in a dark world where callous, spiteful hatred still controls the sparks of thought where compassion and tolerance should rule. We fail one another so often it’s no wonder society is so wildly unbalanced, and somewhat unhinged. We are living in a world where even stating that “black lives matter” can rile people up to violence and social uproar by people… people, so tragically lost in their own prejudice that simple, rational thought cannot bring itself to exist. Really think about that. People whose lives revolve around immersing themselves in their own culture of pig-ignorance and unyielding, obstinate bigotry are like the nazis in a clichéd movie… they are so lost to their own beliefs that they seem to truly not recognise the fact that they are the bad guys. Some people may never change but intolerance is indoctrinated and words, songs and other art forms with clear messages of love are supposed to reach those who are uneducated.

Sadly not all of us realise that hate has no place in modern society and the voices of hatred deserve no platform to spit their vile words. The LGBTQ community is one that receives so much venom from these harsh, bigoted voices that it is hard to imagine how they cope. These regressive backwards strides serve no purpose within our existence, where human being is human being. The solidarity within the LGBTQ community and the vibrancy of its unique and individual members is one thing that brings a smile to this sometimes dreary world. They deserve so much better than the fear surrounding them. Hating someone for their sexual preference is like hating someone you don’t know, nor will ever meet, who goes to the shop at some point during their personal life and buys Pepsi instead of Coke. It makes no sense to loathe something that is simply the opposite to the choices you make in your own personal journey.

Hate also has no place in the metal community, but sadly still occurs regularly in this predominantly straight and white genre. The blackened, corpse-painted world of extreme metal has always shown its own realms of hate and anti philosophies, so it’s no secret that, especially during the early days, the genre gained its tainted reputation for racism, homophobia and antisemitism, but thankfully a lot have moved on from this way of thinking and the metal community has become a more welcoming place over the years.

One metal subgenre that embraces this progressive attitude and doesn’t tether itself too much to the past is blackgaze, a whole, uplifting and awe-inspiring galaxy of contrasting dark and light elements that takes black metal out of the shadows and into dreamy soundscapes. Blackgaze/post-black/atmoblack and these similar genres all aim to move black metal away from its pure darkness limitations and broaden its horizons with an infusion of the cosmic reaches or mellow beauty. This music has many intricate hues and is heartfelt as well as being mournful and dark. Many of these bands are staunchly anti-fascist (as well as increasing numbers of bands within the metal world in general), supporting the groups that form our society and putting out still black-drenched but positivity-filled music that lifts you up from the dread of life and wishes no ill will towards any fellow being. Like the great Neige once said: “I want to spread positive energies and a message of hope.” We all deserve that.

One such band that encompasses positive energies and creates soul-enhancing music is Azerbaijan’s Violet Cold and its sole member and star-gazing musical activist, Emin Guliyev. The outspoken multi-instrumentalist is not afraid to lose fans and has always voiced his fight for a better cause and a safer world, never showing fear to ruffle a few narrow-minded feathers. His 8th full-length album Empire of Love has already got people talking and within just hours of sharing the album on a Facebook group the post was removed without warning simply because it stirred up heated reactions from a few people uncomfortable with difference. Imagine losing your mind over colours! The reason? The cover art cleverly alters the striped flag of Azerbaijan into the rainbow LGBTQ pride flag… Azerbaijan being one of Europe’s most homophobic and transphobic countries with little, if any, rights or protection. It’s a bold statement of acceptance and one that runs charging head-on into the barrier of hatred with the warmth of one’s heart as an unbreakable force.

The euphoric ‘Pride’ dazzles with an immediate release of exhilarating blastbeats and a charmingly sweet female voice, which ultimately leads this joyous track through starry blackgazing elation. Emin’s sparse but commanding vocals are better than ever, packing even more bite than on previous records, but leaving his angelic counterpart as leading lady. This bustling and radiant track is so full of life and meaning, rushing by at an energetic and breathtaking pace with many gorgeous hooks and intricacies. The steady, mesmeric drums and hauntingly dreamy ambience, the theremin-like calls, the sparkling guitar work and the way the contrasting duet of harsh/heavenly vocals work together, all woven so passionately into a bright and necessary piece of art. ‘Pride’ opens the album explosively and is a comforting hug of fulfilment with summery warmth and rapturous satisfaction. A song that will undoubtedly be embraced by the LGBTQ community.

‘We Met During the Revolution’ carries a pulsating, bouncy EDM vibe throughout this colourful mid-paced track, fusing spirited and electrifying guitar arpeggios, which feature prominently on this release, with ethereal atmospheres and pounding drum patterns. There’s also an interesting use of formant-shifted female vocals with a pitched-down timbre, with Emin’s scathing vocals only appearing once towards the end. It’s only a shame we don’t hear more of Emin on the album but this may be a case of letting the music speak for itself.

The tender, gentle intro of ‘Togetherness’ shows distant echoes of Magic Night that melt into an evocative, powerful love song of pure emotional connection. Poignant, expressive and touching, it stirs your soul and brings tears to your eyes as you dream of your loved one under endless constellations. The album closes with the complex ‘Life Dimensions’, a stunning track that will lift you from your darkest place with its soaring theremin cry and allow you to vent with its punchy drums and gruff guitars. Emin manipulates and bends sound into various trip-hop shapes and even utilises vocoder-like spoken vocals, but the track still remains thoroughly blackgaze with a subtle brutality and smokey shades of post-black penetrating the cloudy layers of dreamy euphoria, ending the album in a grand and magical way, ready for you to hit play again immediately after.

How Emin can create such fluid, moving and passionate music is beyond me, especially under the recent threat of war in his home country. I thought it couldn’t get better than Sommermorgen, and then I thought it couldn’t get better than k0smik, and then Noir Kid, but along came Empire of Love. It is a loving kiss under a rainbow sky with a bounty of eclectic and vibrant delights on offer, such as the warpy electronic vocal trickery and cosmos-reaching arpeggios of the interestingly titled ‘Shegnificant’ or the almost rapped verse of ‘Be Like Magic’, something completely new to Violet Cold’s already vast catalogue of musical knowledge. The plucky death-metalised polka/banjo fury of ‘Working Class’ and its blastbeating craziness makes for one of his wackiest songs to date. Emin is simply one of the most unique and gifted artists in the genre with seemingly endless worlds of sound still to explore.

Empire of Love is unmistakably Violet Cold. Absolutely no other band sounds like this. Emin progresses his abilities and nuances with each release to shroud the album in an evocative aura of its own theme, making each unique and identifiable. On Empire you actually feel the love and are in love. You become overwhelmed by pride in who you are as a person. Not many albums could make a writer shed a tear when writing about the magic and human care that has been poured into this album. I may not be a member of the LGBTQ community but I do have connections to it. I feel their pain and I know how important this album will be for them, especially knowing the backlash that Emin faces by simply releasing this. Empire of Love is a vitally important album with a broad reach and one of the most heart-wrenchingly powerful and beautiful musical masterpieces my ears have heard. It’s an album that makes you breathe in darkness and exhale only light. Empire of Love is thoroughly wanted, needed and completely integral to all of black metal and to further push the understanding that in metal everyone is accepted under one banner, maybe one day the world will join in with that thought too.

What Emin has done is face hatred with an incredible gift of love and a powerful message for anyone who has the humanity to listen. A move this incredible and significant will of course cause a small furore, starting within the metal community and swirl about like hot gossip until it reaches the wider world, hopefully bettering a few lives along the way. There are many metal fans who are members of the LGBTQ community and Empire of Love not only proudly acknowledges them with heart-warming music but makes a social statement to take the rights of these people seriously. It still astounds me that a few of Violet Cold’s fans still disagree with this thought and have childishly voiced their disgust. With a plethora of albums, EPs, splits and singles already out there it should be very clear what Violet Cold and a large portion of this genre is about, and is a perfect example of people only listening to the music and not the equally important message behind it.

As I wrap up what I consider to be my most important review I can’t help but reflect on the album and the fact that Emin has made something that goes far beyond just beautiful music. This was also about so much more than just a review. This is a stark reminder that in our reality not everyone has equal rights. Not everyone is treated with even a shred of humanity or respect. Some are put to death or persecuted for their sexuality or discriminated against for leading a life that doesn’t conform to certain ideals. It’s wrong, and although this is just music, it’s a progressive move by a person of influence in the right direction that may, eventually, lead to change. The message of love, pride and togetherness is clear and morally correct, anyone with half a brain and a heartbeat knows this, there’s just a lot of people who need to prick up their ears and listen.

It takes a brave person to shape brave new voids, and with people like Emin to challenge hatred and stand tall for peoples rights, we may soon all get to live free in our empire of love.