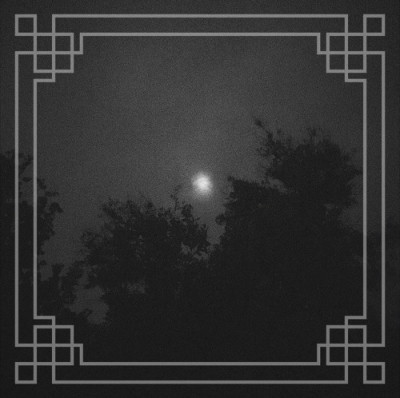 On May 26th sky gazing enthusiasts were able to witness the first total lunar eclipse since early 2019. This phenomenon is known as a ‘blood moon’. Also occurring on May 26th and beautifully coinciding with the eclipse is the release of Lunar Majesty, the long-awaited return from Australian one-man black metal band Alder Glade. Alder Glade play folk-ified black metal with elegant brushes of post-black, and the new two track EP leans more towards that sound, further expanding on 2017’s Spine of the World and elevating the sound towards the stars.

The pensive intro of ‘Full Moon Goddess’ and its almost bluesy, longing rhythm give an immediate air of meditative, absorbing passion. Swaying guitars paint vivid images of cruel sorrow as harsh vocals call out in anguish, howling above emotive notes that are coloured with tragic hues. A mid-section of tinkled keys and dissonant guitar plucks leads to a more abrasive assault with guitars screaming more discordantly and heavenly background ambience soaring over tortured music. Orchestration, angular, disharmonious strikes and Drøüyn’s ululating vocals burst forth into a volley of blastbeats and grating guitar cries. The track ends peacefully, with sporadic piano keys and euphonious orchestration playing to a satisfying crescendo.

Second and last track, ‘Occultation’ begins with harmonious pads with sweet acoustic strumming and ethereal ambience before launching rabidly into a stampede of blastbeats and jarring guitars. Vocals drag you in to its vintage maelstrom of a Trve and Nordic-tinged black metal attack of distorted guitars and bombarding drum beats. Shimmering tones join in as the music slows from its violence and with burgeoning intensity finally bleeds naturally into a gorgeous, hook-laden post-black metal salvo of blastbeats and striking riffs. The track is brought to a close with serene guitar picks, soft pitter-patter drums and whispered Alcest-like atmospheres before one final grim journey through black-drenched blastbeating metal.

There is stunning contrast between the shrill guitar riffs and beautiful background ambience, which draws out a thoroughly lamenting, pained expressiveness from the music, especially on ‘Full Moon Goddess’, which is a track where you can actually feel the articulation of what Drøüyn is conveying as well as breathe in the ache of yearning. Its actual theme is open for interpretation, but music that can leave you with what you feel is its clear emotion is utterly brilliant.

There is a whole plethora of wonders on display and a world of creative, soaring music, so it will capture the attention of more than just your average black-metaller. Alder Glade can rip and tear with blistering, raw extremity such as the distorted fuzz of very old-school black metal meeting crushing blasts as well enchant with glimmers of post-black beauty and synthy soundscapes. Sole member Drøüyn is somewhat of a mystery and one of metal’s best kept secrets and the clear line that’s drawn between these two conflicting genres melts away so easily with his immense talent, forming a savage yet enthrallingly beautiful sound. If you’re into minimal and primitive black metal it’s worth mentioning Drøüyn’s new project Sightblinder.

At two lengthy tracks, Lunar Majesty is an easy, breezy and breathtaking listen but sadly disappears too soon, leaving you wanting another track or two. Not because it’s missing any key ingredients, but simply because it’s just that brilliant. Four years of silence can leave you hungry for more and now that the air is once again filled with Drøüyn’s magical music, let’s just hope another four years don’t go by without it again.