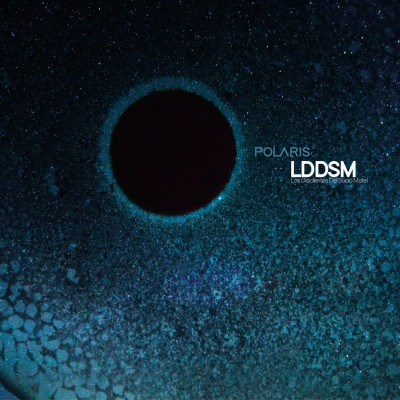 You’ve heard one concept album involving a mission across space, a meeting with hostile adversaries, an epiphany while watching the earth rise over the horizon then an eventual realisation that you are alone in this cold, unfeeling universe, you’ve heard them all, right? Wrong. You’ve never heard one as conveniently packaged as Polaris. In bite-sized portions of mostly under five minutes apiece, dressed up with melodic close harmonies, giant hooks and glossy, stoner-inflected grooves.

You see, Los Disidentes Del Sucio Motel (thankfully the band themselves have taken to calling themselves LDDSM, although one does wonder whether they chose the name after the Paris art movement or because of a particularly poor stay at a hostel in Spain) buy fully into the notion that you can be cerebral without shoving your head up your backside. You can portray heavy concepts without rendering the music impenetrable. And you can make something darn enjoyable with it.

Yes, there are big concepts in this record. And there is a fruit salad of influences, from the more progressive end of the spectrum to, grunge, to ones that would excite a radio exec. And like a fruit salad, it all works together, with morsels to satisfy a wide range of ears. Put it this way: imagine you are on a road trip, with a bunch of people who have intersections in their Venn diagrams of music, but cannot agree on a soundtrack. Tool are too much of a downer, complains one person. Foo Fighters are way too “nice”, says another. Fu Manchu? Too… fuzzy. And get that Nickleback off the playlist.

Your prayers are answered with Polaris. It is accessible, but heavy. It is catchy but clever. It is rowdy without being y’know, loud. And – did I mention this? – it is so much fun.

‘Blood Planet Child’ kicks things off in suitably bombastic fashion, replete as it is with a large chorus and ear-worm verse. ‘Dark Matter’ follows with its alt-rock heart proudly displayed on its sleeve, which is then rolled up to reveal a wide-screen stoner centre. After such a rip-roaring opening, ‘Blue Giant’ slows down our heart rates with what could be described as a ballad about a celestial object. And it is a wonderful one as well. We are ushered back aboard the rocket for ‘The Plague’, which has a gorgeous half-speed chorus which, if you are on a road trip, you will have to lower the windows to sing along “watch it all, feel mesmerised, as it all falls down’” Listen and you’ll know what I am talking about.

One band sprung to mind with the next track, ‘Alpha Ursae Minorus’: Therapy. Specifically their breakout album, Troublegum. Make of that what you will. But know this: if you don’t like Troublegum, there is something wrong with you. From here the album gets a little weightier, if not heavier. ‘Earthrise’ is as enormous as a song should be when it describes your home planet poking above the horizon from afar, while ‘The Key’ messes with time signatures, while still sporting a chorus so catchy that the Misfits would be proud to claim it.

As an album of individual songs, Polaris works well. And as a concept album, it also succeeds, as the final two songs, ‘Horizon’ and ‘The Great Filter’ are as regal as you’d want on an album outlining a mission across space, a meeting with hostile adversaries, an earthrise epiphany and an eventual realisation that there are “nine steps to evolution… and a single reason to die”, not to mention that “we are alone, we have always been and we will always be”. Space travel seldom seemed so cool – nor so appealing and accessible to a broad spectrum of tastes.