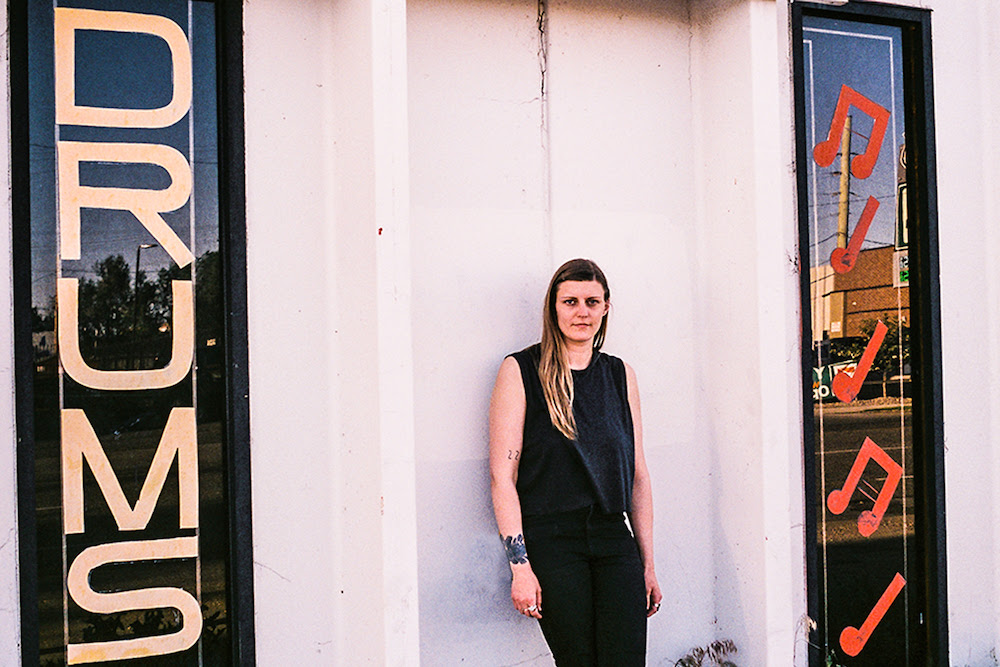 Midwife is the moniker of multi-instrumentalist Madeline Johnston. She lives and works in San Miguel, New Mexico by way of Denver, Colorado, where she spent the better half of the past decade developing her experimental pop project. As a self taught guitarist and recording engineer, Midwife explores dark subject matter in her anthemic, soft-gaze hits. Self-described as “Heaven Metal,” or emotive music about devastation – catharsis.

When 2020 began, Johnston had several national and international tours planned, but the pandemic shifted her focus back to recording, and back to her internal landscape. Midwife’s third full length record, Luminol, was written and produced during quarantine.

Luminol is a chemical used by forensic investigators to reveal trace amounts of blood left at a crime scene. When it reacts with blood, luminol emits a chemiluminescent blue glow that can be seen in a darkened room. In the same way this chemical reveals evidence at a scene, Midwife is interested in profound truth – turning trial and tribulation into sources of light. Luminol navigates themes of incarceration, locus of control, clarity, self harm, confinement, agency, and truth-seeking, all erupting in a bioluminescent Rothko color-field of blue.

The Luminol album cover shows a dark figure standing at the edge of a body of water. It symbolizes the way humanity had been on a precipice throughout 2020, to later find out they had been there all along. Being one of Midwife’s most personal records, Luminol‘s cover artwork is a picture of Madeline Johnston’s mother taken in the 1980’s, when she was the same age as Madeline at the time of recording. By redacting the figure, Johnston hopes that anyone could see themselves there, by the water, as a form leftover when all the elements of their lives are stripped away and what is left is a host.

Luminol features collaborations from Tucker Theodore, Angel Diaz (Vyva Melinkolya), Zachary Cole Smith, Ben Newman, and Colin Caulfield (DIIV), and Dan Barrett (Have A Nice Life) and will be released on July 16th via The Flenser.

Check out the latest single from Luminol below and also the 3 releases Madeline discusses which have influenced her a lot in her musical career. Madeline comments: “When I was growing up we didn’t have a lot of music in my house, I wouldn’t consider my parents music lovers or music appreciators unto me. If you’re my age you also remember a time without access to the world of music online like it is now. I remember downloading Nirvana and The Postal Service on Limewire, and being afraid I was going to give the family computer a virus. I went to Borders (remember Borders?) and would listen to CDs there, basically just based on what album covers looked cool.

That was how I got into music and began finding things I enjoyed.

Obviously, it was so difficult to pick only three. I chose three of my classics that remain with me all these years later.” 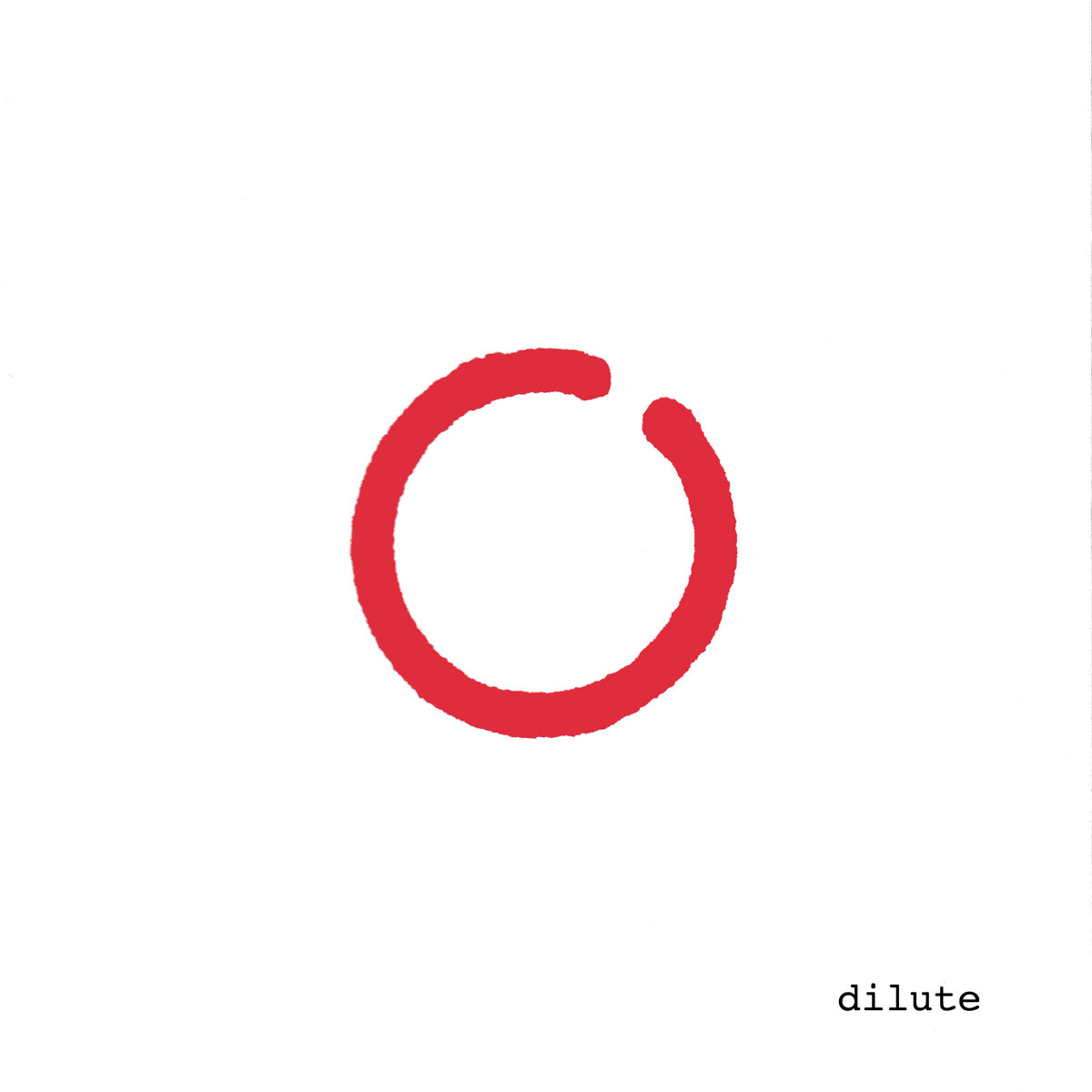 On Myspace I found a band called Okay and quickly became obsessed with them. This music would define my teenage years. A fucked up soundtrack to my youth, I guess. I later found out this was a solo project and I remember being so impressed with that. How does one person do all of this, I thought. Funny looking back… I dug up all of the information about Marty Anderson that I could find and he quickly became a hero and inspiration of mine. Marty’s double album High Road and Low Road deeply resonated with me. What influenced me the most was Marty’s minimalist, repetitive, and deliberate lyrics. They always felt like some kind of mantra. I think I totally adopted this idea when I began writing songs. Letting the lyrics have their own mystery and their own space. I had also never heard a singer that sounded like him. It gave me confidence as a vocalist, like, you don’t have to sound a certain way or be in anybody’s box.

I heard a band he had in the early aughts called Dilute. Their record Grape Blueprints Pour Spinach Olive Grape changed me. The songs ‘0’, ‘vs.’, ‘1’ are probably my favorite pieces of music ever. This record follows me through so many difficult and beautiful things in my life. It’s about the joy of the electric guitar – it’s a whole world that is both built and destroyed throughout the duration of the record with dynamics and space.

Smog – The Doctor Came At Dawn 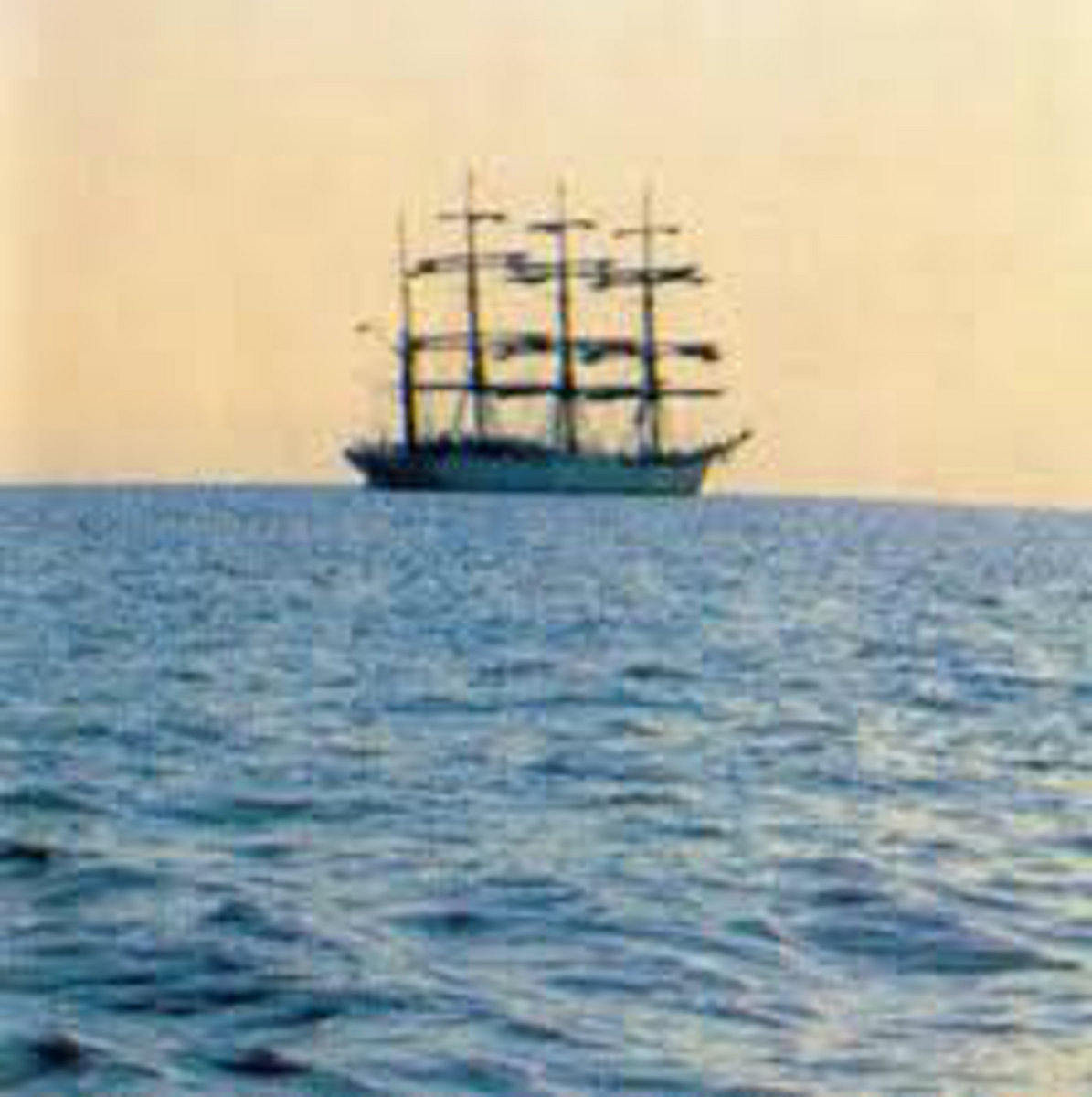 This Smog (Bill Callahan) album was something I downloaded on Limewire randomly in early high school. It kind of freaked me out honestly. I loved it. I feel like The Doctor Came At Dawn is half an earworm and half so tragic it’s almost unlistenable. I love how understated the stories are, while at the same time creating this tender and weird world. I think I was influenced by Bill Callahan in that he’s playing these gorgeous songs that are just sad as hell. ‘Lize’ was always my favorite on the record and I’d sing along to it, trying to emulate the woman’s voice. The more sparse tracks were like nothing I had ever heard before (still true), and it was my introduction to any sort of experimental folk and breaking down structures for songwriting.  What I loved and still love about this album is the feeling you get when you listen to it, The Doctor Came At Dawn is a big mood: it’s haunted and delicate and lovesick and unsettling all at once. 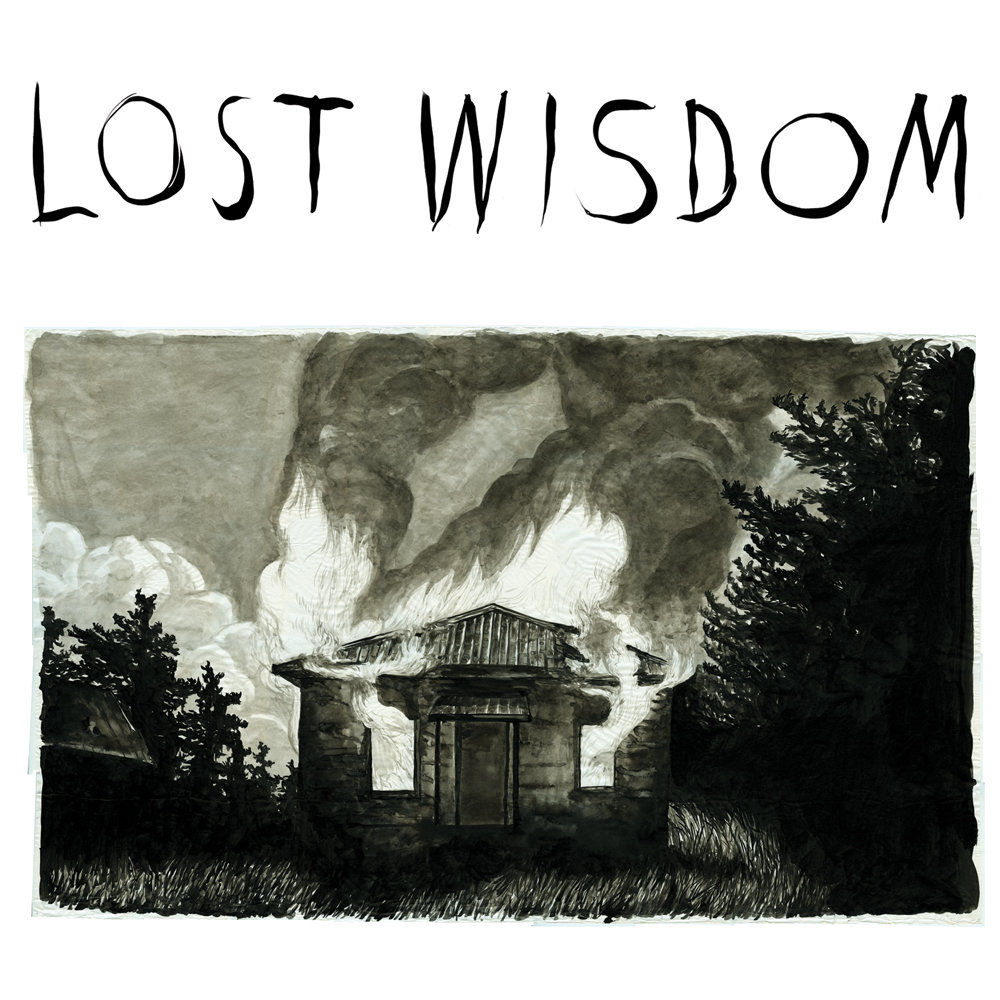 God, what can I even say about this record that would do it justice… I had the privilege of seeing it performed live in 2008, from start to finish, and after that, it was literally all I listened to. All day, then fall asleep to it at night. Lost Wisdom is one of those records that has “meaning of life” clues, it’s like a roadmap to live by, but the map doesn’t take you anywhere, it just takes you inside you. Lost Wisdom is like a fable. It’s so beautiful it’ll break your heart over and over again, while at the same time being really casual and unpretentious. This record is spiritually engraved into my brain.

I got really into The Microphones’ Song Islands around this time period as well. But I could write a lot more about that record, too – haha. I think Phil Elverum’s influence on the DIY music scene in general is greater than we know, and his energy and love for being a recording engineer as well as a song writer was very influential to me.