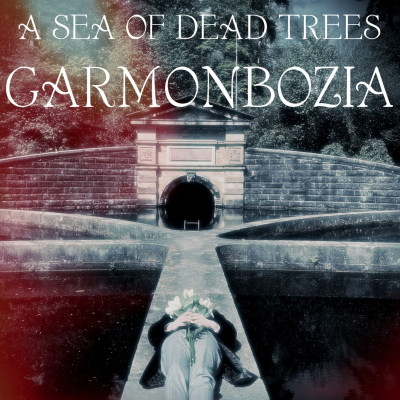 Garmonbozia by A Sea of Dead Trees

A Sea of Dead Trees is a one-man act centring on Glaswegian Robert Heath, and this album also has live drumming from Tommy Duffin. Garmonbozia is a personal, heart-felt affair, an outpouring of emotion in dealing with a lifetime of anxiety and depression. As a coping mechanism Robert is putting voice to his inner troubles, and much of this album feels like a very real, almost literal, expression of those feelings. The PR material and Bandcamp page make much of the music made by A Sea of Dead Trees as being “blackened”, or even “black metal”. It’s a broad church, of course, but this is album only has tinges of metal, in a similar way to the way the mighty Pijn are metal on Loss, or to a lesser extent early Bossk records, playing on a largely post-rock palette with the occasional “woargh” adding grist to the mill of the music. The emotion and occasionally heart-breaking harmonies of Garmonbozia bring to mind the truly stunning 2012 album Ariettes oubliées… by French post-rock band Les Discrets. It’s an album of similar depth and durability.

The music really sweeps you along on this record, the tracks just serving as punctuation on the journey. The relatively upbeat ‘Bubblegum Burrito’ soon makes way for darker material in the form of ‘Carried Away by Owls’ with a melancholic guitar melody and distant vocals low in the mix (cue Les Discrets comparisons). The voice is soon overtaken by far harsher wailings that fade in and out over the clean singing. The whole mix and feel of this mournful track gives the mental image of being lost at sea, receding into the distance. ‘A Fistful of Antidepressants’ has a warmer, more rousing vibe, despite there still being a tinge of sadness in refrain. Another musical comparison I felt on ‘Absentia’ was an early Vessels influence (pre-electronica Vessels, that is), largely down to the vague, wistful vocals that are hard to discern but which add to the vulnerability coming through in the music. The Cure-esque bass line of ‘Something Happened and We All Went Home’ is just one more of the variety of styles showcased on the album, leading the track along in a brooding fashion.

Title track ‘Garmonbozia’ is a mesmerising slow build. It is skilfully constructed with the different elements gradually layered up as the song progresses. There’s a repeated vocal line, a low bass line and a keyboard melody that are soon met with a slow drumbeat and a far off plaintive cry… All these signatures are short and repeated, so it becomes a beautiful mesmeric drone. It builds and builds and then the layers are slowly stripped back again, leaving just the vocals and the beating drum. A standout track, and one I could listen to all day.

In summary, Garmonbozia is an epically fragile, tender album with many layers to it. It is multifaceted and supremely well constructed. Repeat listens will be essential to explore its depths.