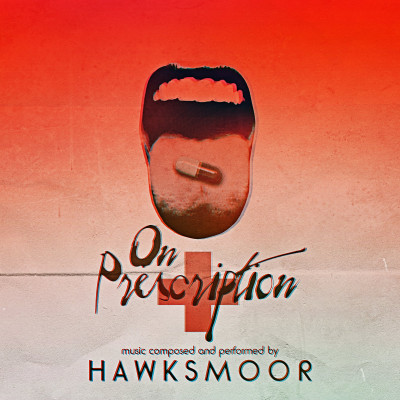 On Prescription by Hawksmoor

Hawksmoor‘s new album On Prescription is a course of gently analgesic library music. His blend of electronics and live instruments decorating still, quiet, rooms in slowly changing moods. There are warm synths and wool gathering guitar tones, occasional rhythms. It’s a fuzzy narcotic head space but a very different kind of drug music. Made in response to the illness of someone close, the album is an attempt to portray the mind bending side effects of oncology drugs. That is to say, cancer treatments. Few and fortunate will be the people reading this who haven’t seen friends or family brought low or taken from them by cancer but the album is not a depressing journey into its awfulness, nor the long established tale of survivor’s bravery and remission. It’s more like a displacement, focussing on the incidentals that come along with the central goals of healing and pain relief.

The first Hawksmoor album was a hermetic project, a psychogeographical drift taking its name and inspiration from Nicholas Hawksmoor’s storied London churches. It’s a great record. James McKeown, the man behind the project had already released music in multiple other guises and so when a second, far looser, Hawksmoor album appeared I was a little disappointed to see it abandon that conceptual purity. I took me a while to appreciate the music on 201984 as a result. Here we are on album 5 and I’ve got over the fact McKeown has chosen to keep the name for his project exploring a strand of instrumental music in response to a variety of inputs. A recent collaboration with The Heartwood Institute, Concrete Island, took on JG Ballard’s novel whereas his own Methods of Dreaming seemed to be based on a mix of Camus and the kind of fictional medical text that might have appeared in Ballard’s writing.

This time out the guiding principle is prescription medicine, the track titles are garbled or reimagined names for drugs but there’s less of the arch conceptual framing of his previous efforts. It’s possible the music here is a degree more flowing and emotional too. The tracks do have their own clear identities but for the most part it is slow and suspended, soothing. The short opener ‘Xelodal’ is a pulse, a prelude. The hissing rhythms and arpeggiating synths of ‘Zolador’ have a little Kraftwerk in their chemistry but carry bright guitar flashes and a winding directionless melody line.

Across the record there is much light burbling, soft clicking, and occasional medical bleeping, things happening out in the corridor or through a pharmaceutical haze. ‘Calzalex’ brings slightly darker tones and a stern click. It’s not still so much as it doesn’t go anywhere, a set of slight figures evolves, plays out and then stops. Similarly ‘Koledronic’ has some creeping dread leaking in, a sense of things worsening. Other tunes like ‘Dizamab’ are more delicate and reflective, ‘Abraxine’ is a glowing glide on liquid, narcotised strums and shimmering synths, ‘Kisqualin’ even more atomised and drifting.

The final chapter ‘Hertzumol’ is darker and unexpectedly urgent. If we’ve been in bed on the wards so far its low slung pulse and nocturnal guitar feel more like an ambulance ride under streetlights. At the midway point everything folds into a buzzing, ascending drone. It reverses, fading out, and the second half is a calming pool of sparkling guitar and soft synth clouds, a peaceful ending.

Proceeds from the sale of ‘On Prescription’ will go to Cancer Research UK. 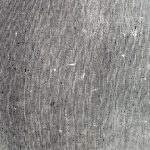 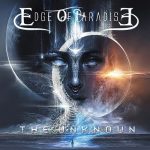 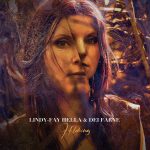