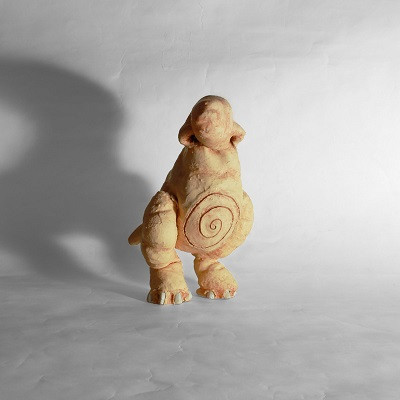 An Erstwisle Alphabestiary: Book One by Nick Prol & the Proletarians

It’s been four years since Nick Prol & the Proletarians have released a new album. After the release of their 2017 debut Loon Attic, it was time for Nick to brainwash another concept by coming up with something that was stronger, powerful, and challenging. While it is completely off the wall, Nick is almost like the Six Million Dollar Man at times who is bigger, faster, and muscular.

An Erstwisle Alphabestiary: Book One is one of the first half of the stories that takes you from “A” to “L” by explaining the various adjustments in the Erstwisle universe. And to be allowed to have Kavus Torabi, The Muffins’ Dave Newhouse, Stop Motion Orchestra’s Mohadev, Thinking Plague’s Bob Drake, and Cheer-Accident’s Thymme Jones lending Prol a helping hand, it is a wacky, surreal unexpected follow-up that Prol has unleashed.

‘Foreword By the Author’ has this Crimson meets Danny Elfman-esque guitar introduction. Followed by chugging grooves with a shuffling blaring horn rocker. Nick channels the theatricality between Peter Hammill and Present’s Roger Triguax with some tidal-waving midsections for the inmates to take over the asylum.

Channeling the Gentle Giant arrangements of Gary Green, ‘Apropods’ has throttling voyages that will take you into the unknown. And for some mud-crunching stomps, the band lays down some post-rock funk while ‘Filnosses’ features a cat-and-mouse chase that Nick serves up some crazy sermon for a Sunday morning Church service.

With a style that Nick goes inside Adrian Belew’s head, the blaring horn sections between Newhouse and Jerry King, go into an unexpected turn of the post-punk finale on Beethoven’s ‘Symphony No. 5’. ‘Golooms’ is like walking into XTC’s Oranges and Lemons-era that details the dark side of the Garden of Earthly Delights.

Jumping rhythm sections, it has some psychedelia funk before sliding down for another chute & ladder scenario as the volcanic rite of spring nightmarish dance routine for ‘Intristics’ is calling out to the gods in reverbing vocalizations. As Connor Reilly lays down some brutal drum work, the Proletarians head into some ‘60s garage rock pulse to get temperature levels going.

Speaking of garage rock, listening to ‘Emitones’ you could hear Nick is singing in the style of The Micky Finn’s ‘Garden of my Mind’ with a click-clacking beat that makes it an avant-rock texture for the horn sections filling up the entire room for a gigantic party, 24/7. An Erstwisle Alphabestiary may not be the faint of heart, nor it may not be everyone’s cup of coffee, but Nick Prol has shown that he’s come a long way from his Loon Attic days.

And with massive support from Robert Wyatt, Mike Keneally, and The Cardiacs’ own Tim Quy, this is one of those mad albums that will take you up for the challenge to see what Nick will think of next.