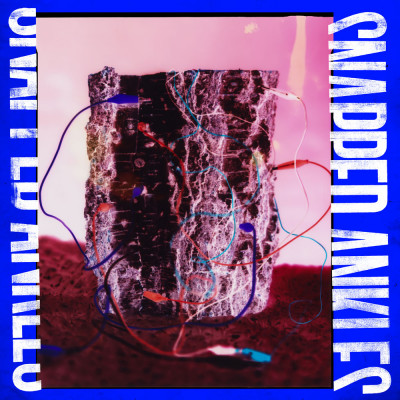 Forest Of Your Problems by Snapped Ankles

That post-punk tree-funk tribe of freaks are back with a new bag of their old rattle and clatter. Still shaking their schtick and chanting in circles. Some enthusiastic type pressing a flyer in your hand on Brick Lane. A rave in the Forest Of Your Problems. Weird creatures on the front, strange writings on the back. Promising you confusion and a good time. If you want to get something out of this experience you need to push your doubts to the back of your mind. Go with the flow and follow them to the clearing. Where a rhythm is generating and the people are congregating. Stick click and incantation.

Snapped Ankles head back to the woods for their third album with some demons to exorcise. They go about it the best way they know how which, as recent single ‘Rhythm Is Our Business’ made clear, is shaking it off in the dance. With their costumes and eco politics the band are a fairly high concept concern and you might expect it all to be wearing a little thin by now but Forest Of Your Problems shows a well judged ability to keep the elements in balance. The costumes have moved on, splitting into distinct characters. Just enough to keep things fresh but not over played, they stay on the right side of wacky-twattery. Their anti capitalist, pro ecology lyrics are full of fractious declamations but you never feel lectured. Their meaning is clear but the expression is mostly playful.

Ultimately these delicately balanced concerns are overridden by the unstoppable power of the rhythm and sound. Snapped Ankles are a sonic force. ‘The Evidence’ brings propulsive bass, galloping percussion and a one finger synth line. This is what you’re getting, electronic pulses and squiggles mixed with real percussive clatter. ‘Shifting Basslines Of The Cornucopians’ is an urgent uplifting groove with lyrics about wealth inequality and resource depletion. A peak example of their collision of grim messages and happy tunes as well as their openness to the surreal.

A fluid, restless beat is the central focus and driving force of their sound, a midpoint between Cabaret Voltaire, The Fall and 23 Skidoo dragged up through rave and into the 21st Century. Post punk is a term that’s suffered over use and dilution in recent years, settling on a kind of guitars-worn-too-high nerd core or used as a euphemism for “shouty indie dullards”. There’s not a lot of funk in that stuff, music without any hips. Snapped Ankles tap into post punk’s elastic rhythmic dynamism. They are both more modern and more ancient, exploring new forms by combining rudimentary technology and the primal urge to beat out a rhythm with a stick.

Their music is immediate, there’s nothing difficult about it. Absurd and yet universal you might not like it but there’s little chance you won’t ‘get’ it because it hits you in your body first. Although they’re happy to expand your vocabulary too. Psithurism is the sound of wind in the trees and rustling of leaves, on ‘Psithurhythm’ it’s acid squiggles and banging drums. Lengthy album high point ‘Xylophobia’ takes its name from the fear of woods. ‘Susurrations (In The Forest)’ ends on a lovely thumb piano breakdown. It’s a sound that recurs on the closing and all too brief ‘Forest Of Your Problems (Outro)’ where the crowded percussion quiets down and a lovely synth melody unwinds in the sun. It reminds me of Kraftwerk, which is a connection I never made before. Artists disappearing into an identity to give a voice to the machines, or in this case to the trees.

There is something about Snapped Ankles that’s more sci-fi than back to nature. One of our most inventive and forward looking bands, this album may well be their best yet. 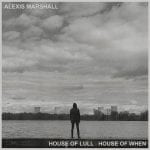