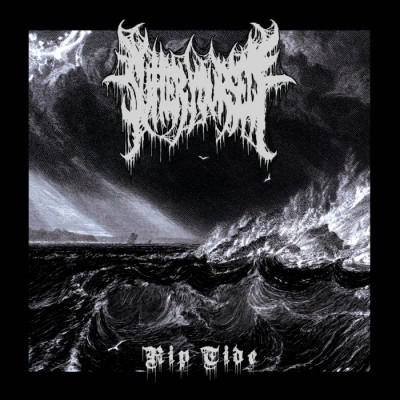 Rip Tide by Suffer Yourself

Started a decade ago by what was then the sole member, Stanislav Govorukha, Suffer Yourself have since spent their time growing physically and musically into one of the most intriguing and technically gifted forces in the death-doom underworld. They’ve expanded the range of their sound immensely and the result is Rip Tide, their third full-length and first as part of the Aesthetic Death roster. It’s a monolithic work, an unholy marriage of creeping, cavernous atmosphere and riffs that loom over the dark soundscapes like mountains of madness, foreboding but with a kind of grand majesty that renders them impossible to draw oneself away from.

Despite being the album’s opener, ‘Spit In The Chasm’ is also its crowning jewel, centrepiece and whatever other lofty title you want to give it. It’s not just the fact that it takes up the bulk of Rip Tide’s length but it is also its most ambitious cut by far, attempting to balance out immense heaviness, emotion, atmosphere and melody. Not an easy task by any stretch of the imagination but it’s accomplished smoothly thanks to Govorukha’s guttural growls and screeches, animalistic but shrouded in a deeply personal sense of anguish, and through Kateryna Osmuk’s endlessly versatile drumming. She excels at intensifying the weight of the song’s more crushing moments but there’s a vivacity to her approach that works wonders, guiding the listener and the band through multiple twists and turns and even showing a gentleness of touch when the dark, nebulous atmosphere manages to take over completely.

It’s also impressive lyrically as while there is a sense of Lovecraftian horror as Govorukha vomits up lines like “Timeless wisdom reaches my lonely crypt / Winds of insanity sweep me away”, frequent descents into more personal fare take it out of the abstract and into more uncomfortable realms. “Morphine helps me to carry on / Anaesthetised, relieved, tranquilised” cuts far deeper than metal’s usual cliched fare, and the cover art, an excerpt from Joseph M W Turner’s Mew Stone At The Entrance of Plymouth Sound, proves an apt accompaniment to the turmoil that’s on display.

‘Désir de Trépas Maritime (Au Bord de la Mer je veux Mourir)’ feels less substantial in comparison with its predecessor’s immense scale but what impresses is that it takes two of the more subtly effective traits of that songs, namely the magnetic melodicism of Govorukha and Lars Abrahamsson’s guitarwork when they intertwine in more intricate forms, and Jiro Yoshioka’s mournful cello accompaniment, and allow them to more fully shape the composition and its tonal weight. It’s mesmerising, a dread waltz that sways and dissipates like the vapours from a burning censer, and when the weight does come crashing down on all that fragility, the skeletons of its intimate beginnings remain long after the notes have vanished. The guitars soar and scream, Johan Selleskog’s bass locks the groove down with the firm insistence of an anchor, and a strange, haunting sample (complete with creaking doors and a tinkling piano that reeks of delirium) gives it an off-kilter quality that’s difficult to fully appreciate unless you hear it.

Final track ‘Submerging’, a collaboration with Ugasanie (aka Belarusian ambient/drone artist Pavel Malyshkin), should be a lot more than it is. While Ugasanie’s textures are interesting, the hums and swirls conjuring a soundscape that’s equal parts Event Horizon and David Lynch, it largely just acts as an outro to the album, which is a shame as it’s inviting enough to warrant an album of its own. That aside, Rip Tide remains an impressive work of atmosphere, misery and mountain-sized riffing. Ambitious enough to push its own boundaries in composition and musicianship yet comfortable enough to remain true to the hallmarks of death-doom’s classics, this is a short, sharp descent into the abyss that deserves recognition. 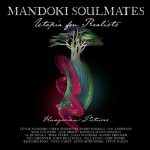 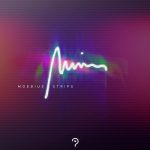 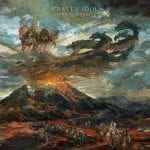