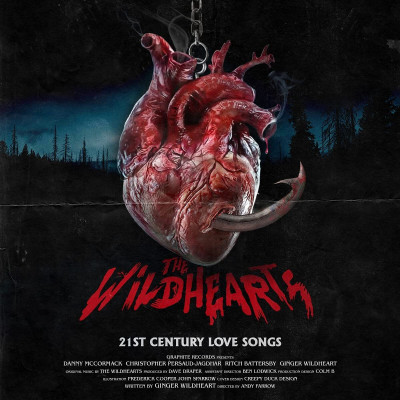 It’s strange to think that it’s been two years since the release of Renaissance Men, an album that showed that thirty years into their career and nearly a full decade since its predecessor, that The Wildhearts are still one of the best rock bands around, and frontman Ginger one of our best (and most prolific when you consider his solo output and side projects over the years) songwriters. That album brought back what many fans see as the ‘classic’ line up, and one that had not recorded together since the late nineties to great acclaim from critics and fans alike. Now they are back with the follow up, and another collection that further cements their place in rock history.

Like all their previous albums, the opening title track explodes into life and throws a bit of everything that’s in store for the next forty minutes at the listener. A huge, filthy riff driven along by drummer Rich Battersby’s fine work opens the album like a finely aimed kicked to the face, before giving way to an obscenely catchy melody for first verse of the album. This merely is a false sense of calmness before the bands ramp up the noise for the chorus. That’s how the Wildhearts work, and even though it can be easy to fall into the trap of throwing too much into one song, the band manage to operate in this way with consummate ease and have been catching people off guard throughout their lengthy career, and long may it continue.

One of the things that never ceases to amaze is how this band manage to fit so many ideas into one song without it ever seeming too much. The songs are allowed to evolve, develop, and go off in tangents which although sometimes a big curveball, always seems to make sense in the end. There are the songs here which could easily be singles (if such a thing existed nowadays) and are accessible enough for radio airplay if any were given to rock bands these days. The fact that one of them, ‘Sleepaway’ was accompanied by a brutal gore drenched video just shows that sense of humour that often appears in their songs. ‘Remember These Days’ and ‘Directions’ also fall into this category, and great to see that over all this time, they still write tunes that are every bit as good as the classics and stick in your head after just a couple of listens.

Then you have the songs like ‘Splitter’ and ‘Institutionalised Submission’. The former seeing the band throw an angrier, heavier, dirtier sound into the mix and still making as catchy as the previous tracks, similar to the likes of ‘Everlone’ and ‘If Life Is Like a Lovebank…’ and the latter seeing drummer Rich Battersby let loose during a furious intro that sees the band stray into near Mutation (Ginger’s extreme metal / noise side project) territory. There really is so much to pick and find on this record that even 10 / 15 listens in you will find some little noise or detail that gives you a whole new take on the song.

As the album draws to a close, there are songs which seem very personal and cathartic, but will also resonate with listeners. From the pre-release ‘Sort Your Fucking Shit Out’ (where the frontman addresses himself and some of the issues he has battled against) and ode to cardio ‘A Physical Exorcism’ to the album closer ‘My Head Wants Me Dead’, they are stories of battling through troubled times and coming out of the other side. Music has a power to connect with listeners experiences, and everyone has that song that means something to them from their teenage years, and these have already had me linking memories and feelings to them. I really don’t know how music does it, but I know I’m glad it does.

The world has changed a lot over the last couple of years, but it’s refreshing to see that the Wildhearts haven’t changed their outlook. Ginger likened the last album to their iconic Earth vs… debut and said of this album that it is more like its follow up PHUQ, and that is a perfect description. Its everything that you would expect from the band and then adds more. Bigger riffs, more melodies that become instant earworms, more “unorthodox arrangements” as the bands refer to them, where the band go off at a tangent mid song, mid verse or even mid line, but it always makes sense in the end. Ten songs in forty-three minutes, pretty much the perfect length, long enough to be more than worth the wait, but short enough to leave you wanting more, and on this form, we definitely need more. 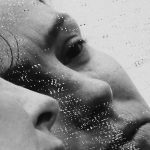 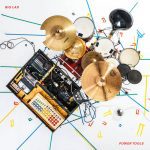 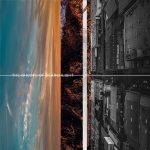 The Ghosts of Searchlight – Sprawl