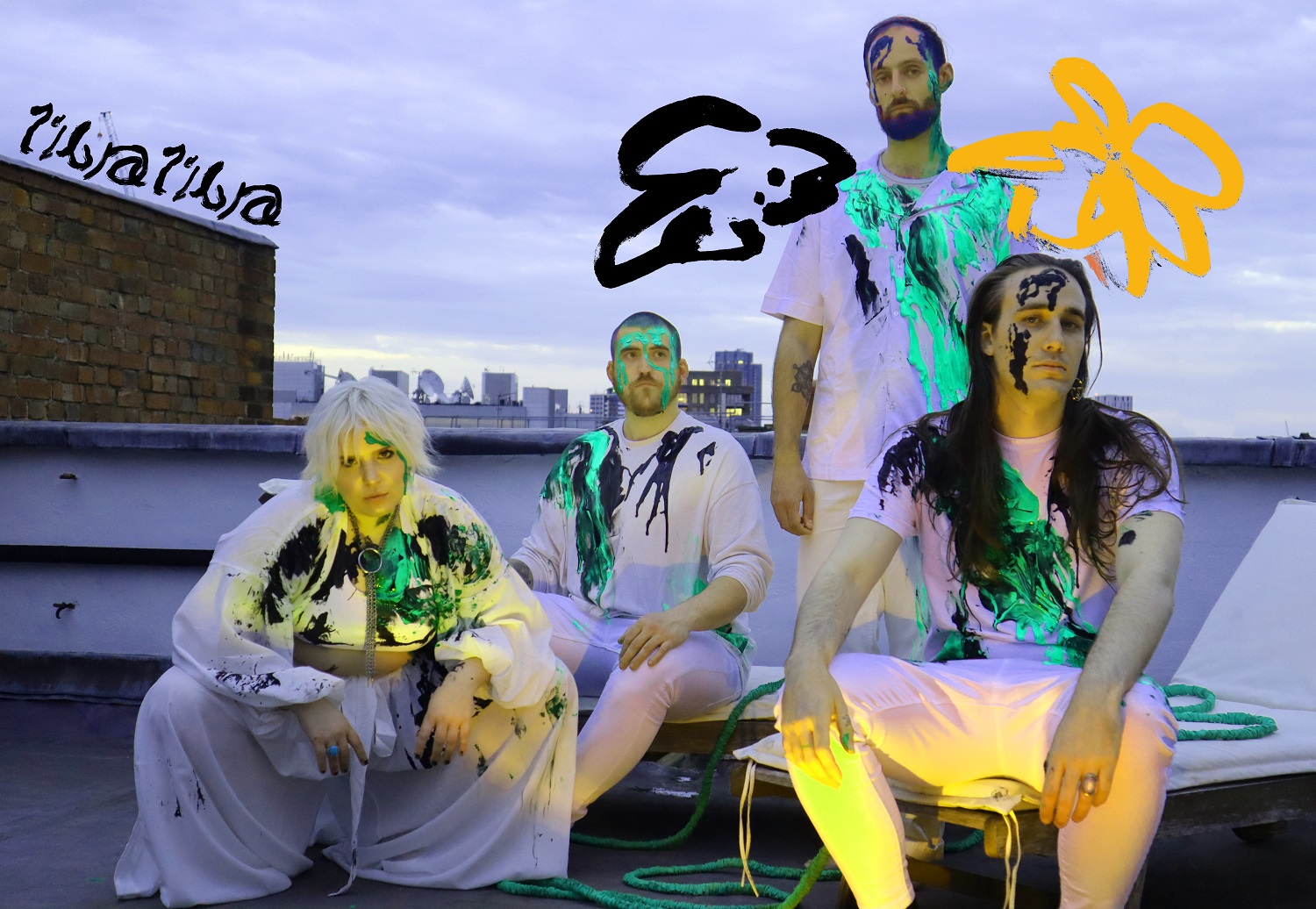 A Pandora’s box that first opened itself to the world in 2018, LibraLibra has continued to erode the stability of convention with each ambitious release. Founded by vocalist Beth Cannon (fresh off of a tour with Simon Raymond of the Cocteau Twins) & Producer/Drummer Joe Caple (CLT DRP, Lambrini Girls, The Physics House Band) the couple soon enlisted long time friends; multi-instrumentalist Guy Jones and virtuoso guitarist Daniel Martell to complete this genre-defying DIY collective, whose explosive videos & aesthetic are matched only by their visceral live performances.

Several weeks of working with producer SPACE (IDLES, Never Not Nothing, Jamie Lenman) saw the birth of their 2020 self-released debut EP Hail Mary championed by Melita Dennett from BBC Introducing The South and receiving praise from BBC Radio 1 and BBC 6 Music. Fast-forward to the present day, and the birth of their second EP Modern Millennial. Incubated in the womb of a hysterectomy, mental collapses, breakups, loss, a global pandemic and existential dread, this self-produced release lays screaming in the operating theatre gasping its first breath. Through pain is growth, through death comes rebirth. LibraLibra are excited to bring their blemished child into the broken world. A collection of songs that serve as a soundtrack for the apocalypse. A hint at the limitless possibilities that are yet to come, whilst laying to bear the past that lead them here.

“Now here we have a full blown revenge song. I wanted to set the scene of saviour rage, joining forces and triumphing over their abuser. There is power and strength in numbers, hence the choral themes within. It’s a fantasy, a daydream of taking back control and defeating evil. It’s that self-realisation within the song where you realise how quick sexual escapades can turn from fun to tainted. It again explores the idea of consent, and how maybe the idea of sexual desire is very different in reality. Similar to ‘Fancy Car’ it attempts to acknowledge that young women are allowed to dream and explore those dreams, but if we don’t want to follow through, we are 100 percent allowed to say no . . .

“What I would love anyone to take away from this song is a big FU to anyone in life that has dragged you down and made you doubt yourself wholeheartedly. To know that growing up is hard, but there is strength in numbers.”

EP Modern Millennial is due for release in April 2022.