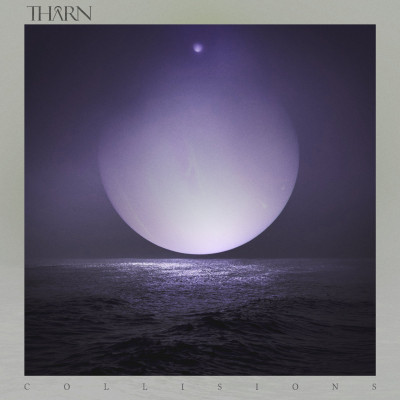 The UK music scene feels very fertile these days and highlighting it are two cracking labels in Trepanation Recordings and Surviving Sounds, who are both involved in this debut release from London three piece THÅRN. Following on from it’s pre-lockdown two track demo comes Collisions which contains four tracks of crushing, crust influenced post-metal that creates an encapsulating atmosphere and a superb release.

While there is a shadow of Fall of Efrafa stretching over the name of the band as well as some of the vocal and guitar tones and interplay, THÅRN remains far more than a cover band. To make a lazy comparison the first half of the release could be fanfiction where the band has taken the aesthetics of the genre defining Inlé and headed off on a new path. None of that is to sound disrespectful to THÅRN; it’s just a shorthand way to describe the utter joy and fulfillment these tracks bring. Those soundscapes have been so badly missed since Fall of Efrafa parted and they are laid out here in a fresh yet familiar way which stirs found emotions without ever ringing the same notes.

Guitarist and vocalist Jérôme Barré has two other projects to his name, black-metal tinged Finis Omnivm and the atmospheric post-metal Screensaver. THÅRN sits nicely in the middle of those two adding a swipe of sludge, hardcore and crust influences to the mix. ‘Mute’ and ‘Shadow of Another’ show the leanings towards the more post-metal side and bring to mind some of the tones used by much missed Brighton legends The Mire.

Collisions also highlights another UK tallent in No Studio’s Joe Clayton who has captured the mood and atmosphere of the band with a great clarity. With all these elements firing together the music scene seems in a great place and Collisions is a tremendous achievement.