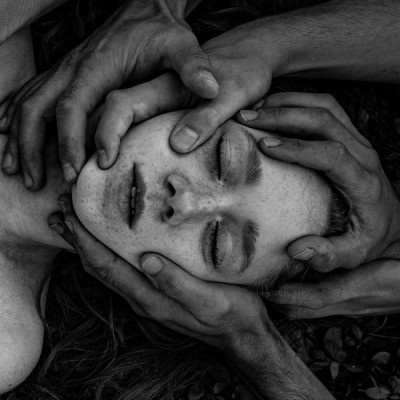 Celeste is a jewel in the crown of a fabulous French scene with a career spanning 16 years releasing five albums and an EP on German indie label Denovali Records. It is great to see that the band has finally broken through the ceiling to the world of Nuclear Blast Records and to mark the occasion, album number six, Assassine(s), delivers one of the band’s best albums yet.

Although Nuclear Blast is a somewhat major label in the world of heavy music it’s not the same as the explosion of the late 2000’s which saw numerous bands chewed up and spat out by the Hollywood labels. With Nuclear Blast, Celeste has retained its artistic vision and bleak, blistering sound. If anything Assassine(s) sees the band going into darker and heavier territory whilst also flicking into lighter areas. Fifth track ‘(A)’ actually ignites into a post-metal passage which sounds like *shels before ramping back into the traditional Celeste battering.

There are plenty of traditional Celeste tracks such as ‘Il A Tant Rêvé D’Elles’ and opener ‘Des Torrents De Coups’ where gruff vocals deliver a continuous tone over the shifting drum battery and guitars that can crescendo whilst remaining bleak. There are, however, plenty of newer sounds and album closer ‘Le Cœur Noir Charbon’ is an absolute antithesis of the new creativity. The guitars have a cleanliness which doesn’t interrupt the crushing blackened post-hardcore or black metal blast beats and the vocals are just as devastating but then the track falls into a post metal slide with ethereal female vocals before rocketing back to a crushing euphoric ending.

That could well be the key difference to this release, whilst it is still bleak and uncompromising there are signs of positivity and euphoria. Celeste wrote much of this album in isolation and brought it together as a group and that seems to have been a key in the success of making such a diverse yet distinctly Celeste sounding album. The involvement of Nuclear Blast has amplified rather than modified the band’s style and all round this is a stunning success for a band that has been consistently producing magnificent music.