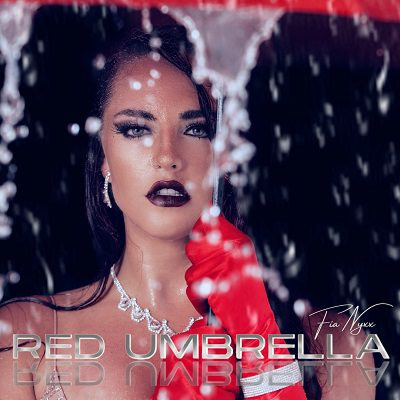 Following with her previous 2018 debut release Everything Girl, Fia Nyxx has brought enough stores to tell on her second studio album, Red Umbrella. With eight tracks, Fia takes aspects between R&B, pop, ‘80s new wave, and a strong sense of freedom to spread her wings and fly.

You have the heart-beat opening track ‘Still Love You’. She opens her book detailing a lost letter to a loved one who has passed on. While they’re in the afterlife, the love is still inside this person’s heart. The song has some strong vibes in the crossover masters of Sheena Easton and Taylor Dayne.

But once you get into this unexpected twist of ‘60s Motown soul for Fia singing the gospel to lift the spirit of church goers for a Sunday service on ‘Don’t Shame Me,’ the people get the message on who they don’t want to mess with. Then it’s a journey into the future over the themes of Fame with ‘Gemini’.

Fia has this crystal ball revealing what will happen next if you don’t clean your act up while Taylor Xo’s beat poetic-like rap sets the tempo up. For Nyxx, she has a chance to rise up once more and close out those lifting rainfalls for another chance of some soothing relaxations with ‘AEIOU’.

Both the title-track, ‘My One Forever’, and ‘Watch Over Me’ are mournful ballads as Fia opens the door to channel the visions of Kate Bush during the late ‘80s, early ‘90s. Once the beats come kicking in for a chance to see the sun, you can tell that we need some light after that heavy rain we went through.

For Fia, she can really hit those high notes very well. And I can imagine she had listened to Kate’s 1989 release The Sensual World, and the heartfelt ballad, ‘This Woman’s Work’ for inspiration during the making of the follow-up album to Everything Girl.

The seventh track is a soaring punch. Fia has finally spread her wings to be free from the pain and suffering she went through, and fly towards the heavens. The last section of course, becomes another gospel choir once more.

She finally raises the roof up this time before returning back to dry land with the closing track, ‘Devour’. The first four minutes go into a Santana vibe before the percussions head into this Samba improvisation. Then, everything starts to go clockwork in a wah-wah psychedelia vibe of an ascending tango.

I can hear bits of Pink Floyd’s ‘Celestial Voices’, the last section of their 12-minute suite, ‘A Saucerful of Secrets’. I mean it’s unexpected, but damn, it works like a charm. She has a lot of power and ability to fly back up in space once more, and decide what Fia will think of next.

Red Umbrella might be a turning point for Fia, but she has her own independence to be who she really is, herself. I believe that this album is her spiritual journey to find who she really is. And I hope that there’ll be more ideas to come throughout the roaring ‘20s. 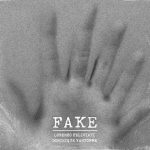 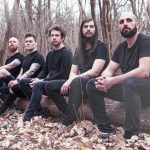