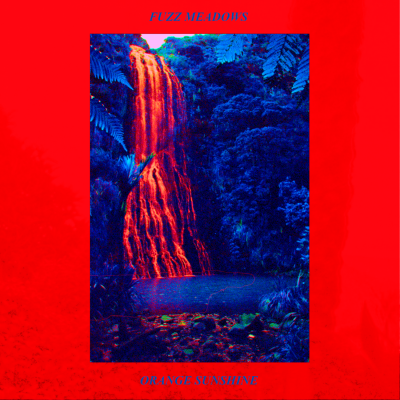 Now I know where to go for a soundtrack if I ever direct a movie featuring people on long skateboards carving around large, undulating bowls. Because this languid yet heavy piece of stonery instrumental post-something would be ideal accompaniment to images of longhairs having fun on wheeled planks.

It will come as no surprise that this debut from Fuzz Meadows has a heck of a lot of fuzz. Warm, enveloping waves of it, both from the guitar and bass. It is at the woozy, psychedelic end of fuzzy music, with jazzy basslines and guitar solos which sometimes shimmer and other times soar, to invoke memories of ancient Yawning Man (especially in the opener ‘You Are the Void’, which boasts both the heaviest riff of the entire record and the most spaced-out guitar work). Other touchstones include the more relaxed passages of Clouds Taste Satanic – and, at times the out-there, noisy post-rockiness of This Will Destroy You.

The band, who hail from Australia, say that the album “was written and recorded on stolen land”, which on first impressions sounds flippant, but could be a reference to the invasion and colonisation of Australia and the systematic seizure of First People’s land and resources. Most of the record is slow. Hammock rock, if you will. Much of it is unchallenging, in a good way. After all, there are times when you don’t want to be encumbered by voices or technical prowess. All you need is for the fuzz and melody to wash over you.

That said, there are passages which have a bit of grunt to them as well – such as the climax to ‘Reach’, which has some tremendous muscular riffs, or ‘Death Echo’, more on which later.

It also has some wonderfully melodic passages, notably in the title track, which begins fully in post-rock territory with its near-clean, echo-drenched guitar, but then a burst of bass and drums brings back the heavy before the song opens up into a swirling, sunny riff.

‘Death Echo’ raises the tempo somewhat – and it made me think of the early 1990s, as if Gish-era Smashing Pumpkins had given some of their tunes to Kyuss. Real grin-inducing stuff, if you like your guitars thick and your riffs catchy.

Fuzz Meadows save their biggest for last, though. We don’t know who ‘Benji’ might be, but whoever they are, they are important enough to have a 14-minute track named after them.

Again it starts in an echoey, post-rock void. It builds and builds, until every member of the band is playing their hardest and loudest – seemingly lost in the world they have created.

Then at about the halfway point, all goes quiet, and the band then builds a second crescendo, before the most mellow of stadium finishes. It is fantastic: ideal big-beanbag music. It would be great for watching the orange sunshine, whether it is on its way up or down – or to accompany a film featuring dudes on long skateboards.

Check out the full album here: