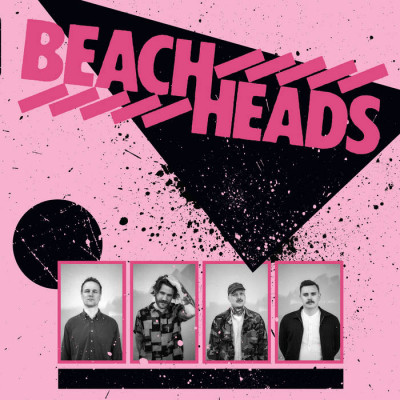 Norway group Beachheads caught my attention straight away, due to their passionate, well-executed power pop. It seems like a genre that has fallen out of favor, but to me, it has never disappeared. This is the group’s second release and it was produced by Frode Strømstad (of I Was a King and The No Ones). This music will remind you of all that was great in 80s music, like the first time you heard REM, for instance. Supremely catchy with meaningful lyrics and expert playing. Poet and singer Børild Haughom has lyrics that highlight his secluded everyday life in Stavanger, where he recently became a father of twins. He explores numbness, overwhelming worries and fear of death.

Opening track ‘Break It Off’ starts up in classic power pop fashion, with slightly sneering vocals. The lyrics are straightforward and heart-felt, and I love the call and response aspects of the vocal lines. The whole band sings! At first listen, the second track ‘Jupiter’ charges in like something from UK band Jetstream Pony.  And gosh, those meaty hooks will reel you in for sure! ‘Change’ sure does remind me of other bands, with its main melody that will worm its way into your head and resonate in your heart. Simply wonderful! ‘Nothing’ has a muscular, new wave vibe, and I love the fuzzed out guitar and driving rhythm and bass.

‘Down South’ seems to be about travel and also an appreciation for the world around us. ‘Shine’ is big and bright pop, and when it hits the catchy chorus it will stay with you, and invites singing along. ‘Death of a Nation’ reminds of both REM and The Feelies, and even Nada Surf at times! A modern take on the power pop genre, and exquisitely rendered at that. ‘Live and Let Live’ reveals fears about death and other weighty subjects. ‘Oh Joy’ is a fine song to close down the album. It has a somewhat depressing set of lyrics, but I sure do like the music. This band and their two releases should be far more well known than they currently are. Highly recommended for all fans of power pop a la Shoes, REM, Translator, and many others, and for those who love highly melodic and meaningful music.