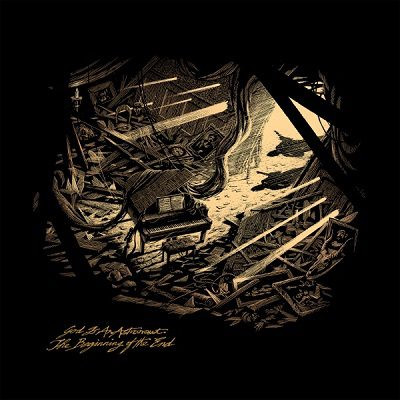 The Beginning of the End by God Is An Astronaut

On November 10, 1942 at the time the Second World War was still underway in Europe, Prime Minister Winston Churchill made a speech about his concern over the Second Battle of El-Alamein. He said, “Now this is not the end, it is not even the beginning of the end. But it is, perhaps, the end of the beginning.”

What Churchill meant during the speech he made at the Mansion House in London 80 years ago was that it was going to take three years to fight this battle since the Nazis began the War after Hitler invaded Poland on September 1, 1939. And once he made that speech, it still resonates to this day after the world came to a screeching halt in March, 2020 when the pandemic hit.

But in 2002, twenty years ago, a band from County Wicklow in Ireland took the styles of post-rock, krautrock, and electronic music that was like a breath of fresh air. That band is God Is An Astronaut. Launched by the twin Kinsella brothers (Torsten and Niels) who took the name from the 1990 cult horror classic, Nightbreed starring Anne Bobby (Brigid Tenenbaum, BioShock 1 & 2) and directed by Hellraiser’s Clive Barker.

They released their debut album The End of the Beginning on the Revive Records label. What they wanted to do on their first album was to be sort of a goodbye to the music industry. Little did they know that this first album was like an atomic bomb that was waiting to explode at the right moment it starts to erupt this massive mushroom cloud laying waste to all of that American Idol reality TV bullshit that was happening.

Now in 2022, the band have revisited their debut and recorded it live in the studio as The Beginning of the End on the Napalm Records label. Understand that this isn’t done for nostalgic reasons, but to give it enough power, energy, and staggering visions on what they’ve done.

Alongside the Kinsella brothers, drummer Lloyd Hanney and keyboardist / guitarist Jamie Dean lend the brothers a helping hand to bring the circle in full by embarking through another star-gate sequence from Stanley Kubrick’s 2001. From the climbing upward momentum of The Mars Volta’s textures in the midsection of ‘Cygnus…Vismund Cygnus’ channeling Omar’s volcanic playing on the opening title-track to pulling through this terrifying raft on ‘Ascend to Oblivion’, the quartet get down to business on how the dangers will happen in real time at the beginning of the 30th century.

‘Coda’ has some strong motorcycling arrangements that the twin brothers create by knowing that the journey has only just begun. Lloyd makes his drum patterns sound like a clock-ticking like crazy as he counts Torsten in throughout his vocalisations in the piece.

‘Remembrance’ sees Jamie turn to his keyboard as he makes it sound like pouring rain effects as the Astronauts dive into some early Floyd atmospheres with Manuel Göttsching handling the orchestration as they burst the door down with some shattering spaced-out voyages that have become this hallucinated trip!

Speaking of Göttsching, the Astronauts return to the home planets of Ash Ra Tempel, Russian Circles, and Mogwai with another counterattack on their guitars to add enough fire between the brothers duking it out in the boxing ring as if they were Mike Tyson and Evander Holyfield for one final match with an ear-biting momentum.

‘Route 666’ makes you want to hit the dance floor as they would take the original version of the piece and fill it up with hard, hard light that is so bright, it has this sun-rising effect of trip-hop drum work and Jane Weaver-sque keyboard sounds until the crack of dawn. Yes there will be a dividing line in the sand among fans who will prefer the original version, and they’ll be some that’ll get a kick out of the live release, but this here will make you exercise like crazy.

The 20th anniversary live release of their debut album is like you’re inside the band at the studio watching in awe of the band’s revitalising creation that has enough massive amounts of power which will have your jaws dropped like there’s no tomorrow!