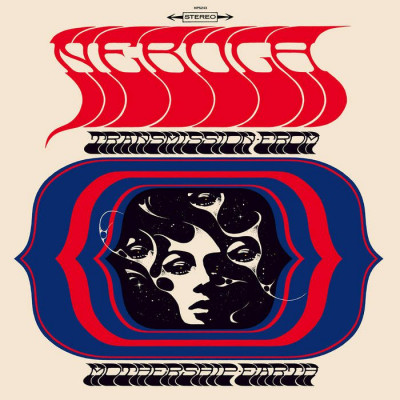 Transmission from Mothership Earth by Nebula

After Eddie Glass and Ruben Romano broke away from Fu Manchu in 1997 to form Nebula, they flew out of the blocks with their debut To the Centre around the turn of the 21st century before instructing us to ‘’turn it on, plug it in’’ on ‘Do it Now’, the opener to their appropriately titled second album Charged. Fast forward to 2022 and the rebooted line up return for their second album after Holy Shit’s arrival after an absence of 13 years. Co-founder Eddie Glass is still at the helm with bassist Tom Davies and Mike Amster on the sticks. Transmission from Mothership Earth confirms Nebula’s music is still Eddie’s sonic tonic as the power trio continue their glorious mix of stoner, space rock, heavy psychedelia, Mudhoney’s super fuzz, as well of course The Stooges sonic attack.

On their return with Holy Shit the review by Echoes ad Dust colleague Chris Ball said, ‘the good dramatically outweighs the bad and Holy Shit in no way tarnishes the legacy of one of the greats on the stoner rock genre.’ This time around the major difference is Transmission is a far more consistent trip than Holy. It’s also the sound of a band hankering down further into their musical universe. Opener ‘Highwired’ sets the tone as Eddie’s vocals are sub-merged lower in the mix, just about managing to float around the tar thick fuzzy riff.

If you have ever seen Eddie play guitar live he always gives the impression riffs and wailing solos befall to him effortlessly, and they continue to do so across the whole of Transmission. ‘’Stay alive, never die’’ he croons, is like a note to himself to keep this heavy sonic trip going. And this they do aplenty, the title track weaves its first Eddie solo around the first minute mark, as it proceeds through a series of tempos and slight varied riffery played out from the opening riff.

The heavy lysergic vibes continue with the magnificent ‘Wilted Flowers’ and a delightful sneakily ‘woo hoo hoo’ sung from the back of the room type mix. Then, no mistaking that this band know what they are about and what their sonic output does with another top highlight ‘Melt your head.’ It all conveys a diet of bongs for breakfast, lunch and dinner which brings-to mind Monster Magnet’s mind melting debut Spine of God.

You don’t have to do too much digging to hear the additional influences inspiring their musical creativity. ‘I got so high’ recalls the doctor’s prescriptions and the mark they left (if it is indeed a personal tale) on the protagonist’s state of mind. It is the sole penned track by Tom Davies, whilst the other seven are Eddie’s. This has Eddie’s vocals turned higher up in the mix and while he still solos at his heart’s content among a plentiful backdrop of spacey whooshes, it is one of the most conventional-ish arranged songs on display here and is the album’s immediate ear worm and singalong worthy tune.

There is mid-paced daze-inducing head nodding on ‘Existenstial Blues’. While an ‘’okay, let’s go’’ opener nods to Hendrixian riffery and vibes on ‘Warzone Speedwulf’. And this is where you take note that Mike and Tom both do a sterling job building the foundations for Eddie to do his fretboard ‘n’ pedals wizardry thing. Nebula are no strangers to throwing in the odd curveball as album closer ‘The Four Horseman’ sees them venture into spaghetti western territory.

Transmission from Mothership Earth may not have brilliant crafted song writing per se, instead it has an abundance of head straight into the heart of the cosmos space rock ride, psych vibes. The fuzz from the speakers fills the room like smoke from a 1970’s family gathering. And, as the UK reached record breaking temperatures Transmission is an apt soundtrack to the melting sensations felt in the scorching heat. If you like Nebula at their deepest and heaviest trip then Transmission more than ticks that box – it’s an essential purchase. Their legacy lives on.