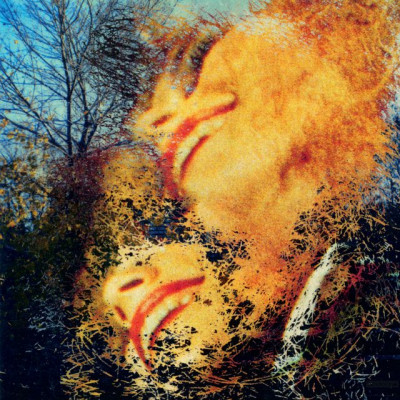 See These Colours Fly by Breathless

Breathless is not a band I’ve followed until recently. I was only clued in a few years back from my friend Jack Rabid over at Big Takeover. He spoke in glowing terms about Breathless and the dreamy pipes of singer Dominick Appleton. See Those Colours Fly dropped on 29 July 2022 and is the band’s first new release in a decade and their third new release this century. The album was produced by Kramer, producer of bands ranging from Bongwater to Galaxie 500 and Low. Breathless first worked with Kramer when he mixed three songs on their 2012 album Green to Blue. This record was delayed by a terrible accident that befell drummer Tristram Latimer Sayer, who fell into a coma and it was unsure whether he would make it. He was unable to contribute to this new recording, leaving keyboardist/vocalist Appleton, guitarist Gary Mundy, and bassist Ari Neufeld to put in the creative work this time around. Of course, the pandemic also tossed in its own monkey wrench, but the group eschewed professional recording studios and mostly recorded their parts at home, leaving extra time to assemble and edit at leisure.

In listening through this record, I am struck by its shimmering beauty, tranquil spirit, and sense of space. It is exactly the sort of listening experience I need during these terribly chaotic times. Opening track ‘Looking For the Words’ is chock full of symphonic majesty, and sets the tone for this entire song sequence. It floats straight into ‘The Party’s Not Over’, a somewhat somber but gorgeous gem of a song. Hearing its sonic motes is like hovering on the inside of the best daydream you’ve ever had. ‘My Heart and I’ is somewhat distressing, its lovely melodic adornment overlaying the heart-rending lyrics like a band-aid. ‘We Should Go Driving’ is forthright and almost stark in its presentation, yet it has one of the strongest melodies on the record. Just brilliant! ‘Let Me Down Gently’ has a title that suggests a breakup, but whether that is the case is up to the listener. I just got ghosted by a person I thought was a close friend, and this song speaks to me. What a beautiful tune, and how striking a sentiment.

‘The City Never Sleeps’ is wine-dark orchestral pop, a miniature soundtrack that echoes the events of the past three years. Life will never be the same, but music can keep us sane and whole, even as it reflects these sad times. ‘Somewhere Out of Reach’ should be a hit, and is both one of the best songs I’ve heard this season and a definite entry point for the whole record. ‘So Far From Love’ is hazy and multi-layered, gauzy strands of dream pop meshing with shoegaze and trippy psych. Terrific all around! The final song ‘I Watch You Sleep’ stretches over 7 minutes I can imagine sitting there in the dark listening to someone breathing while my mind spins at a thousand miles an hour. The melody is first rate, and is a fitting stop to this dreamy musical journey you’ve traveled during this release. An excellent balm for dreamers everywhere. Highly recommended!