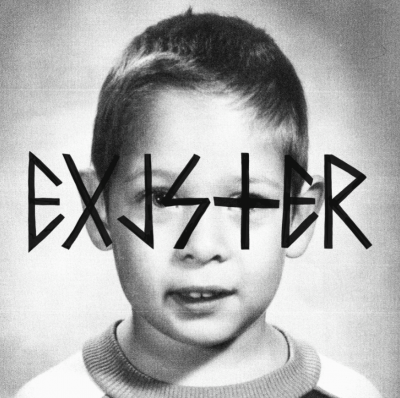 Exister by The Soft Moon

Those who follow closely the output of the (rightfully) very hip label Sacred Bones, will probably be aware of The Soft Moon, aka multi-instrumentalist Luis Vasquez, as Exister is the fifth album of his musical explorations.

This time around, Vasquez goes for a spaced-out, industrial-tinged slowcore that at the same time bursts with energetic electronic explorations throughout. To make things more sonically diversified, Vasquez goes full electro on tracks like ‘Become the Lies’.

In a way, it is a not-so-usual combination of the sounds you can expect from somebody residing in such an electronic music centre that is Berlin, combined with the expansive atmosphere that can be infused in your music when you move for inspiration to Joshua Tree.

As Vasquez explains, “The whole point of this record was to share every emotion that I feel. No two songs are the same. It’s about existing in the world as a human being and experiencing many emotions and experiences throughout life. Exister is my way of saying ‘I’m here, deal with it.”

Above Vasquez, words sound that he was pent up with solid amounts of negative energy, which throughout this record he tries to counter with hope and finding beauty where it supposedly shouldn’t exist.

And going through this specific counterbalancing (musical) process, it is Vasquez and his listeners that come out on top.