(((O))) Review: Girls In Synthesis – The Rest Is Distraction 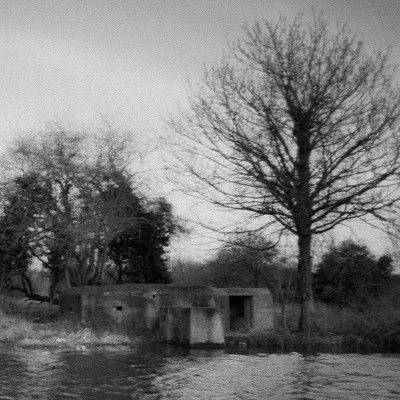 The Rest Is Distraction by Girls In Synthesis

If Girls In Synthesis are marked by any one overarching characteristic it must be restlessness. Pre/Post, Now Here’s An Echo From Your Future and The Rest Is Distraction show a band determined to keep moving, keep evolving, constantly relocating. Apparently if some sharks don’t keep swimming they die, Girls In Synthesis seem to have taken this and applied it to their music practice.

The 2019 release Pre/Post: A Collection 2016-2018, was a compilation of their previous EP releases, a jarring, exhilarating, intense expression of urban working class experience in 21st century Britain. Both musically and lyrically Pre/Post was a perfect representation of the stressful, anxious, precarious alienation so many of us cope with.

Fast forward to 2020 and Now Here’s An Echo From Your Future was ten tracks that reflected and interrogated both individual and social experience in contemporary Britain with searing, brutal insight, honesty and vulnerability, looking at the political and also the personal and musically it was noticeably different.

With The Rest Is Distraction the focus changes, ‘(r)ecorded last year amidst the uncertainty of continuous lockdowns as a result of the global Covid-19 pandemic, (the album) is far darker in content than its predecessor. Mainly exploring internal and mental struggles as opposed to external current affairs, it focuses on the claustrophobia of emotional anguish and continues to bravely delve into previously unventured topics’ to quote the press release (1). Now Here’s An Echo From Your Future looked both outward at society but also inward, The Rest Is Distraction concentrates on the latter.

So, The Rest Is Distraction? It’s like an aural version of The Scream by Munch! If the last album was like a report on the political and social state of Britain as it segues from 40 years of neoliberalism via overt top down class war masquerading as ‘austerity’ to sophisticated fascism, this is like a reflection of the emotional and psychical effects of that dysfunctionality and alienation, the feelings and experiences of those who have experienced them directly and via the disordered consequences in other’s lives.

In 2016 Gnod released an album Mirror, it was like a visceral reaction to personal and societal ills, difficult to listen to while superb (2). Mirror was a harrowing emotional response to the pain of living in a neoliberal dystopia-in-the-making. In 2017 they followed up with Just Say No…, which seemed more cerebral, more analytical, characterised by a determination to make a positive difference, they seemed to have come out the other end of dread and this album was a rallying cry in opposition to authoritarian capitalism (3). Girls In Synthesis have reversed this, Now Here’s An Echo From Your Future is their Just Say No… and now we’re on to Mirror!

The tracks deal with various familial and relational dysfunctionality and at times sounds like an expression of anguish and/or personal dread (‘Screaming’). Generally, there is a  cleverly constructed disquieting and uneasy feel to the album, but Girls In Synthesis have always been masters of transposing felt experience into music. The album starts with ‘It’s All Beginning To Change’ which initially sounds a bit Dead Kennedys’ ‘California Uber Alles’ before going its own way. The album is recognisably Girls In Synthesis, it has the dynamic intensity you would expect but moved up another gear, there is a great siren thing in the mix on ‘Total Control’. A few tracks later on ‘My Husband’ there is an echo of the guitar in ‘The Light Pours Out of Me’ by Magazine. Next high point for me is ‘Cottage Industry’ which again has that early Dead Kennedys echo AND a kind of siren thing buried in the mix! I have to admit I didn’t listen to the final track ‘To A Fault’, the press release made it sound far too harrowing, ‘(d)ealing with child sexual abuse, the song is mainly made up of bass and vocals until all is unleashed at the end of the song, the band crashing in to accompany an internal monologue on the permanent emotional damage done to the victim. As a chilling coda, we hear a lone voice once again questioning the impact of the abuse…’(1).

Sonically and musically the album, as you would expect from Girls In Synthesis, is interesting, intense, creative, challenging, a move beyond Now Here’s An Echo From Your Future, as Jim Cubitt observes “The experimentation and production has really ramped up on this record, which shows a real indication of where we are heading next” (1). As with most of Girls In Synthesis’ output it’s not for the fainthearted. Due to its lyrical preoccupations it is probably best located and experienced as part of their body of work as Now Here’s An Echo From Your Future gives the political and social context for the subject matter of The Rest Is Distraction so that it is more than the aural expression of the consequences of individualised pathologies and dysfunctionalities decontextualised from wider society. Their body of work points to dysfunctional societies producing dysfunctional people who in turn impact on others.

Nordic noir’s brand of bleak and dark has proved highly compelling for a lot of us, The Rest Is Distraction should fit neatly between your copies of The Bridge and The Killing.