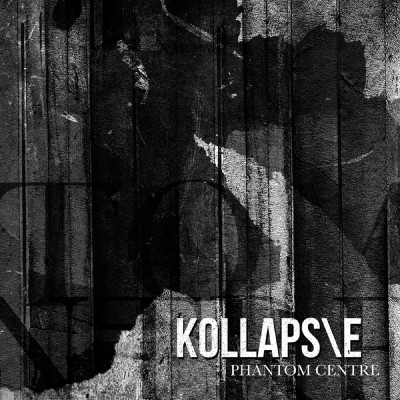 2023 is continuing with the pace 2022 left us and the first noticeable post-metal release of the year comes from Swedish quartet KOLLAPS\E. Gathering up two tracks from 2021’s The Pandemic Sessions and with the addition of five new songs, Phantom Centre offers up a glacial tsunami of post-metal which features sounds without the feeling of standing on the shoulders of peers.

It is a near impossibility to avoid having marker points these days, especially in a genre like post-metal. There are certainly sounds and flavours that have been heard from other artists but there is a great range and depth to them which shows the creative abilities of KOLLAPS\E and provides the hook to keep coming back to this album. With ‘Era’ and ‘Beautiful Desolate’ there are swirling looping riffs which hit like waves of ice, matching the power of a Cult of Luna delivery. ‘Anaemia’ and ‘Radiant//Static’ have the light and dark of The Moth Gatherer whilst ‘Murrain’ draws in the sounds of Breach or The Old Wind. While that sounds completely insulting to Kollaps\e there isn’t a moment that feels like a step by step copy and paste, these are merely cheap references for where this album falls in the world of post-metal and to give an idea of the high level this band is already hitting.

A real highlight for me is the third track ‘Uhtceare’. I may have suffered a minor injury as this track sent my jaw smashing to the floor numerous times. There is a nice mix of Rinoa upbeat progression in the first half before a Telepathy like crunch to the second. A fully instrumental track which crescendos between post-rock, post-metal and post-hardcore, it absolutely snapped my attention and it’s really up there as one of my favourite instrumental post-metal songs. There are so many peaks in the song and it typifies how this album runs, there can be familiarity but there is never a lack of originality.

KOLLAPS\E emerged from the pandemic with a two track manifesto of promise which has been completely fulfilled and exceeded on Phantom Centre. What an excellent start to the year and a superb debut album.