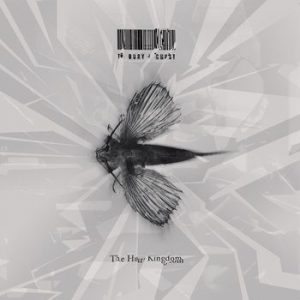 Many ingredients go in to ‘The Hurt Kingdom’, the debut EP from To Bury A Ghost; Matt Bellamy-esque vocal stylings courtesy  of main dude Jon Stobler, some heaving, groovy, almost trip hop like beats from Rupert Boddington and then Marc Bransgrove chucks in some hefty basslines, to this basic mix they stir in some Radioheadish electronic noodling, post rocky guitars and shake liberally. The result is quite staggeringly pleasing on the ear.

From the moment ‘Birthday’ introduces itself with a fanfare of brass, a lolloping groove and impassioned yet understated vocals, it becomes apparent this is no ordinary debut but a fully realised, hugely polished and accomplished record from a band who have a very strong sense of what they want to sound like and where they are taking their music, which is not always where you would expect.

‘Coming Up For Air’ adds a bit of steel to the silk so far displayed. A chunkier beat and heavier guitars overlay some beautifully melodic keyboards and Stolber’s gorgeous voice, by contrast ‘Jaws Of Love’, as one might imagine from the title, is a more introspective affair, although it still builds slowly to an epic, and noisy, conclusion.

The pièce de résistance, however, is left to the end (well, the fifth track is a remix of ‘Coming Up For Air’ so I’m not counting that!). ‘Beginning Is The End’ is a splendid sweeping, soaring masterpiece that plays out over six and a half wonderful minutes; the most out and out post rock of the tracks here, it builds and builds layers of noise and then collapses back in on itself like a wave breaking on the shore, achingly lovely.

As debuts go, this is certainly one of the most promising ones I’ve heard in quite some time. This is the sound of a band confident in their own ability and ready to take on the world, watch out for them.

Released December 06 on through their Big Cartel or Bandcamp sites