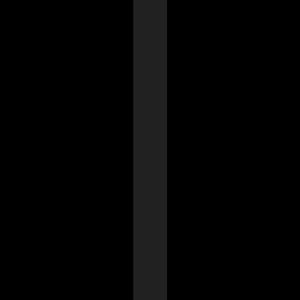 You know those nights when you’ve got nothing planned and you’re perfectly content to sit around in your PJs watching crap TV, eating pizza and contemplating your navel and then, out of the blue, one of your mates texts and asks if you want to go to a gig with a bunch of bands you’ve never heard of playing at a tiny venue you’ve never been to before and you go ‘Yeah, why not?’, having no expectations beyond being out of the house and interacting with other human beings for a while, but you all end up having one of the best nights out you’ve had in ages?  I had one of those a few months ago and (setting aside the alcohol) the thing that got me and my mates most excited, and made that night one of the best we’d had in a while was discovering Black International.

Live, they’re joyous – I lost count of the number of times I looked round at my friends and we were all just beaming, blown away by how much we were genuinely loving it.  Pretty rare for a bunch of ageing, jaded hacks (Oi, speak for yourself! – Ed.).  Special mention has to go to drummer, Craig Peebles; verging on jazz – precise and animated, moving at a speed that shouldn’t be possible.  If you give a shit about rhythm I defy you to watch that band and not be mesmerised by him.

‘Stop crapping on about them live and get on with the album review, woman’. Right, fine then.  But I’m starting with Peebles.  Because so does the album.  Right from the very first bar of opener, ‘A Million Mouths’ there he is – bashing out a cadence to the beat of which first Stewart Allan’s guitar and then Gavin Hargin’s bass crash into your life and proceed to cram delicious slices of post-punk down your craw again and again.

Am I allowed to say it reminds me at times of China Drum?  I am, because I loved China Drum, and you are free to challenge me to an arm wrestle if you disagree.  But you will lose.

I’m pretty sure I remember ‘Word Virus’ from them playing live, though it may just be because the repeated, accusatory refrains ‘I sent you flowers’ and ‘I’ve got this word virus and you’re just making it worse’ are so impossibly catchy they’ve earwormed me from the very first listen.

Another stand-out track is ‘The City is Dead’, which starts slow-ish, in a minor key and ramps up into an almost rockabilly number that it’s impossible to sit still to.  So I didn’t – and writing this review was delayed by me needing to play it three times in a row, prancing around my flat like a tit.  I will be playing this out next time I DJ.  I could go on and on pointing out other tracks on the album you should listen to but…um…y’know – you should just listen to them.

Phrases like ‘muscular post-punk’ often get bandied about when people are talking about Shellac, and they belong to bands like Black International who, even during the slightly slower, more laid-back points like ‘Dread (Excerpt)’ or the glorious harmonised break in ‘Destruct_o_’, never lose their visceral energy or give the impression they’re trying to pander to anyone else’s agenda.  They don’t need to pretend to be mean and moody or delicate and aloof.  They’re just playing their music, and that’s that.  You can gallop along with them, or you can sit in a corner being miserable and stroking your chin.  Choice is yours.  I know which way I’m going.

So, to surmise: fucking great.  Get the album, see them live, follow their progress, don’t let ’em go.